The line between film music and indie music has blurred lately, feels noted lyricist Mehboob, who has over 25 years of experience in the film industry. On the work front, Mehboob is once again collaborating with music composer AR Rahman for the upcoming film Heropanti 2. 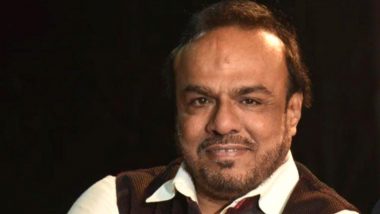 The line between film music and indie music has blurred lately, feels noted lyricist Mehboob, who has over 25 years of experience in the film industry. Quizzed if lack of good lyrics can be a reason behind film music having lesser impact on people in present times, Mehboob told IANS: "Yes absolutely! In the nineties, songs used to attract people. Mainly, I believe it was because of good melody, good lyrics, good thoughts and poetry put into a song. I think nowadays in these fast moving times the lines between film music and indie music has blurred." Heropanti 2: AR Rahman, Ahmed Khan and Mehboob Reunite After 25 Years For Tiger Shroff's Action Movie.

"It could be a single that a producer picks or a retro, the lyricist and the music director have to provide keeping in mind the situation narrated by the director. So here, the producer blames the audience as to this is what they want and in turn the audience blames the producer and the director as to this is what they have been served. Basically it is a chicken and egg situation where no one can be blamed," Mehboob explained. Ranveer Singh: There Are No Failures in Life, Only Lessons.

The 59-year-old lyricist has penned lyrics for some of the best film music albums of the 1990s and early 2000s, including Bombay, Rangeela and Yuva. "My journey in Bollywood has been a typical filmy one, filled with ups and downs and going round and round. It has 12 years of struggle before I made it big. Then there was a phase where there was a major dip due to my health and now here I am," he said.

A lot of changes have taken place in the industry in the 25 years, from the time when he began working -- socialising has reduced and the concept of musical sitting has vanished, notes Mehboob. He said: "Yes the industry has changed quite a lot. Earlier we would have a lots of music sittings and then we would arrive at the final version of the song. Now with digital support everything is online. Tunes and lyrics are exchanged online and even singers are given scratches online. So, effectively the concept of music sitting has disappeared. There are pros and cons to everything if you see. It is a lot more time saving but a lot less socialising."

On the work front, Mehboob is once again collaborating with music composer AR Rahman for the upcoming film Heropanti 2. Confirming the same and turning nostalgic about his past association with the Oscar-winning music composer, Mehboob said: "Yes we are collaborating again for Heropanti 2 but we have worked together before on numerous films. We started together with Bombay, Rangeela and then went onto Daud, Thakshak, Doli Saja Ke Rakhna, Yuva and I think one of the biggest hit by us was Maa Tujhe Salaam: Vande Mataram."

"As far as working with him is concerned, he is really fun, he always works at night shifts, which gives us a chance to gossip too, talk a lot about various issues and then get back to work. I enjoy a lot and we are like a family now, we are over the composer and lyricist equation phase. Twenty-five years is a long time to reach this stage in our relationship," he added. Quizzed if he would like to share an advice for budding writers and lyricists, he smiled.

"This year I have completed 25 years in the industry, so I think as a senior lyricist I am qualified enough to give them some advice. First, educate yourself and make your vocabulary your biggest strength. Secondly, become a director's writer. These two things have worked for me and I am sure it will work for budding lyricists too!"

(The above story first appeared on LatestLY on Apr 19, 2021 11:31 PM IST. For more news and updates on politics, world, sports, entertainment and lifestyle, log on to our website latestly.com).