Actress Mahika Sharma says that in the entertainment industry, actresses are always seen as sexual objects. 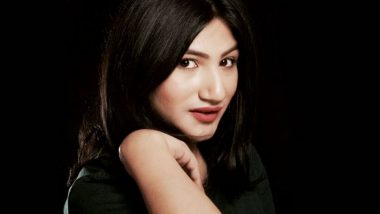 Sharing some hard experiences, Mahika, who started her career after winning the beauty pageant Miss Teen Northeast, India, also addressed Raj Kundra's pornography case, saying she feels bad for his wife Shilpa Shetty Kundra. "Many well-known people have told me, when you give something you will get something. Else you keep struggling all life. I had to face many such harsh statements. When we see Shilpa Shetty as an inspiration, reading about her husband breaks down our heart." Mahika Sharma: I’m Waiting To Get Back To Screen With Some Challenging Role.

Mahika is known for featuring in television shows like Ramayana and F.I.R and will feature alongside adult star Danny D, in upcoming bollywood movie 'The Modern Culture'.

(The above story first appeared on LatestLY on Jul 24, 2021 11:31 PM IST. For more news and updates on politics, world, sports, entertainment and lifestyle, log on to our website latestly.com).