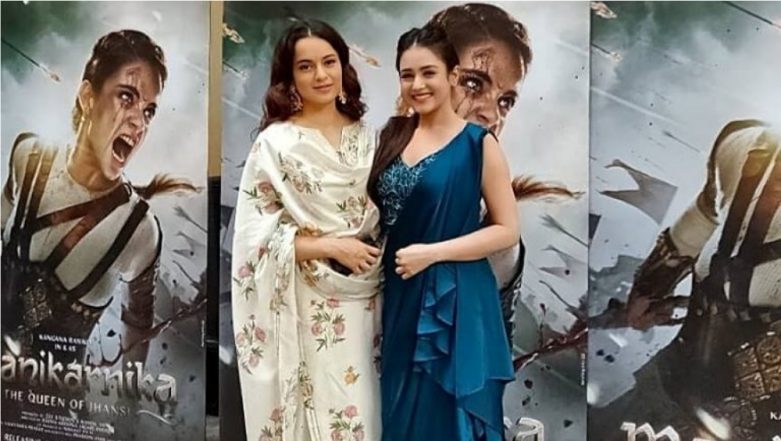 Kangana Ranaut is once again the controversy post the release of Manikarnika: The Queen of Jhansi. The film has been constantly into the turmoil due to several reasons. After the movie hit the screens, now ‘original’ director of the film, Krish and actress Mishti Chakravarty have opened up about Kangana taking over as director and making changes in the scenes. After Krish, now Mishti spoke at length saying that her role was chopped in the film. Manikarnika Controversy: Pooja Bhatt, Bejoy Nambiar Support Krish, While Prasoon Joshi Claims Kangana Ranaut ‘Elevated’ the Film – Read Tweets.

Speaking with spotboye.com, she said, “I remember refusing Manikarnika on my first meeting with Kamal Jain (producer). I was very hesitant but Kamal Jain told me that it's a great role and my character would be very important in Rani Laxmibai's character (played by Ranaut). He promised me that I would have a lot of promising scenes, I got convinced, largely due to Krish who was directing the film. I know Krish's body of work and I had been wanting to work with him since a long time. Aur end mein, director bhi nahin raha, role bhi nahi raha.”

She maintained that her payment for the role was cleared. She also stated that the film has been made well, most of the parts directed by Krish. However, she also said that had she known it before that Kangana would take over as director, she would have definitely not been a part of the film. She also mentioned that not only her acting but her fighting scenes too were chopped. Well, Sonu Sood, Krish and now Mishti! We wonder what Kangana has to say on these fiery reactions against her.