Marjaavaan Trailer: Did You Spot ‘Abhishek Bachchan’ in Sidharth Malhotra’s Film? Check Out the Big Bull Actor’s Hilarious Clarification on This! 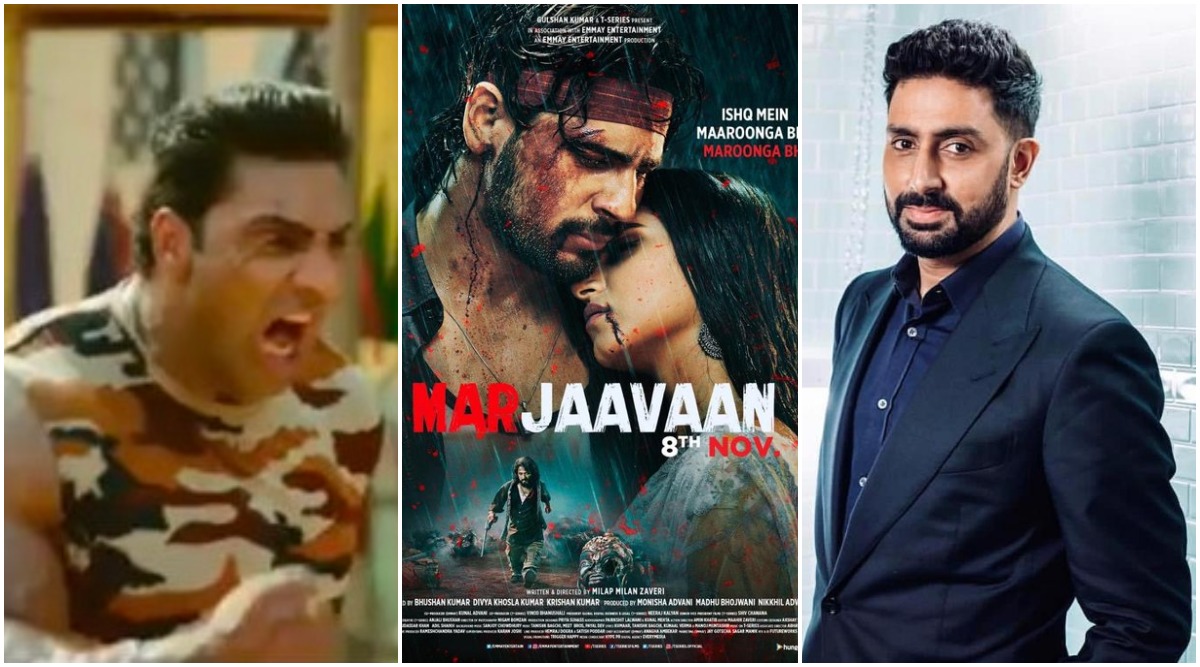 Marjaavaan Trailer: Did You Spot ‘Abhishek Bachchan’ in Sidharth Malhotra’s Film? Check Out the Big Bull Actor’s Hilarious Clarification on This!

The first trailer of Milap Zaveri's romantic masala entertainer, Marjaavaan came out on Thursday. Sidharth Malhotra plays the protagonist in the film, while his Ek Villain co-star Riteish Deshmukh is the main antagonist. Tara Sutaria and Rakul Preet are the female leads in the movie. Riteish's dwarf villain has been the talk of the town ever since the posters, and now the trailer. The promo got noticed for the confrontational scenes between Sidharth and Riteish's characters and the rhyming punchlines. And a very peculiar cameo. Marjaavaan Trailer: Sidharth Malhotra-Ritiesh Deshmukh-Tara Sutaria's Revenge Drama is Filled With Violence and Cringey One-Liners.

Ever since the trailer of Marjaavaan came out, Bollywood buffs have been wondering what 'Abhishek Bachchan' is doing in the film. Then, some more fans asked an even more pertinent question - When did Abhishek Bachchan get so bulked up? What's intriguing is, Abhishek Bachchan has NO Cameo in the movie!

Confused? There is a scene in the trailer where a goon, presumably from the gang of Riteish's character, is seen charging towards Sidharth Malhotra for a fight. 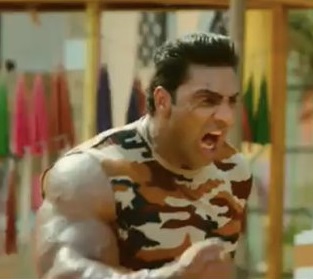 A Still from Marjaavaan Trailer

The actor, who plays this goon, has a striking resemblance to Abhishek Bachchan, though his immense biceps feel like they belong to someone in a superhero film. Marjaavaan Trailer: After Alia Bhatt's Weird Hand from Kalank Trailer, it's Sidharth Malhotra's 'Aerial' Fight that Has Gotten us Curious (Watch Video).

The above still has become so viral, that fans are even saying that it is good to see Abhishek back on screen after a long time (his last film, Manmarziyaan came out a year back).

Good to see @juniorbachchan in a movie after a long time. #Marjaavaan pic.twitter.com/LEFT2YCZzU

In response, Abhishek has a hilarious clarification to offer about his 'cameo' in the film!

Thank you! Went full #beastmode in the gym for this one. 😂

Jokes apart. That’s not me!

While Abhishek may not have a cameo in Marjaavaan, he is all set to make his digital debut later this year with Breathe Season 2. He will fill in space left void by R Madhavan in the first season of the Amazon Prime Original series. There is also Anurag Basu's yet-untitled anthology film, where Abhishek is one of the leads. He has also begun shoot for The Big Bull, where he plays the lead. Ajay Devgn is producing the movie.