#MeToo Against Rajkumar Hirani: Why Was The Director Not Dropped From the First Poster of Ek Ladki Ko Dekha Toh Aisa Laga? 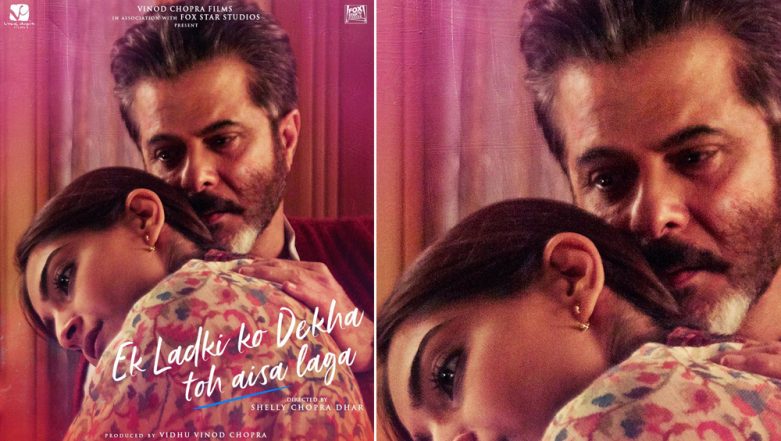 Filmmaker Rajkumar Hirani is right now in engulfed in the storm of Bollywood's #MeToo movement. The director of Sanju was accused of molestation by his junior on the sets of the same film. Post that, the makers of Sonam Kapoor-Anil Kapoor starrer Ek Ladki Ko Dekha Toh Aisa Laga took a decision to drop his name from the second poster of the film, conveniently after the accusations surfaced. However, the question is: Why was his name printed on the first poster, in the first place? Sanjay Dutt and Arshad Warsi's Munna Bhai 3 in Trouble After Rajkumar Hirani Gets Accused of Sexual Misconduct; Fox Star Likely To Pull Off as a Producer.

A source from Star India revealed it to Midday, "In a meeting in late December, it was decided that Fox would pull the plug on Munna Bhai 3 if Hirani was found guilty. The studio stands in solidarity with the survivor. VVC Films too has taken the matter seriously, and dropped Hirani's name from the promotional material of Ek Ladki Ko Dekha Toh Aisa Laga."

Well, if producer Vidhu Vinod Chopra already was aware of the scenario and its seriousness way back in December, why did they consider retaining Hirani's name in the first poster of ELKDTAL? Was it so that the makers were confident enough that the victim would not come up with the accusations? Or was it that the makers believed a hundred percent in Hirani initially and then refused to take a stand for him? Also, what do stars Sonam Kapoor, Anil Kapoor or Rajkummar Rao have to say about the whole situation, as they have been mum on it till now? Why this hypocrisy? We wait for the answers.