Nirmal Pandey Birth Anniversary: 5 Roles Of The Brilliant Actor Which Makes Us Miss Him Dearly 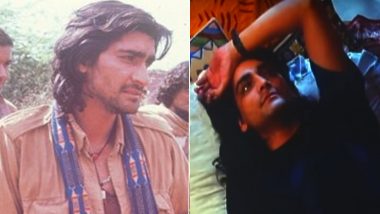 Nirmal Pandey left us for heavenly abode when he was just 44. A massive heart attack took away such a brilliant actor from Bollywood in 2010. He has left behind some of the most incredible movies in a space that was not part of mainstream cinema. But the stories explored in them made us aware of the reality. Talking about him, Shekhar Kapur who directed him Bandit Queen said,  “Nirmal was a beauty giving person with malice to no one. just love and yearning for spirituality. He was a genius actor." After Shekhar Kapur’s Bandit Queen, Phoolan Devi’s Autobiography to Be Adapted Into a Web-Series

So on his birthday today, here are five roles of Pandey that tell a lot about his acting potential.

Did you know Manoj Bajpayee was supposed to play Vikram Mullah in the film? He had told Ahmedabad Mirror that he knew Pandey will claim Vikram's role as he was handsome. It's not an easy job to portray a good guy in a tribe of bad ones but Pandey was likable in his role. 'A handsome sensible partner' that's what Variety called his portrayal in its review.

The frustration of being terrible stuck between his wife and mistress has been brought perfectly by Pandey in this movie. In fact, the whole advertising executive gig in a firm will find much relatability too.

Although Nirmal Pandey's role as someone who goads Shabana Azmi's Godmother to continue with her vicious dealings is excellent, it needed more screen space. But the actor makes you notice him every time he appears and stays with you once you are done watching the film.

Call it our guilty pleasure but we quite liked Pandey in the film. Although there were grey shades in the character and terribly less screen time, he was really amusing in the film. You have to watch the film to know why we picked this movie for his list.

The scene where Pandey eyes Urmila Matondkar with a haunting BG still makes our skin crawl. That's how good he was with his character depictions.

(The above story first appeared on LatestLY on Aug 10, 2020 09:40 AM IST. For more news and updates on politics, world, sports, entertainment and lifestyle, log on to our website latestly.com).