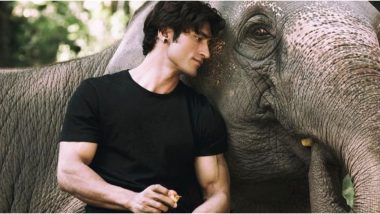 The fans of the action star Vidyut Jammwal are in for a treat. The actors' film Khuda Haafiz will soon be streaming on Disney Plus. There is a whole controversy going on about how the actor was snubbed from the press-conference organised by the streamer. Now, coming back to the good news, Vidyut's film Yaara has also found an online home. The movie has been in the making for quite some time and could have been looking for a theatrical release this year. But, while Zee5  is yet to announce it officially, the streamer's new release roster includes Yaara also. Maybe, that is as official as it gets? Kangana Ranaut and Genelia D'Souza Speak Up For Vidyut Jammwal Over Press-Con Snub By Disney+ Hotstar.

Yaara is an action thriller with a hint of romance. The movie also stars Amit Sadh and Shruti Haasan. The movie will start streaming from July 25 on Zee5. We are looking forward to it.

Vidyut, Shruti or Amit have not reacted to the release of the film online yet. Stay tuned for an update on that. Vidyut Jammwal’s Khuda Hafiz Co-Star Aahana Kumra on Being Sidelined From Disney+Hotstar's Virtual Conference, Says ‘Self-Made People Too Deserved to Be on This Panel’.

The world is currently trying to contain the COVID-19 pandemic. With the outbreak of the novel coronavirus, movie theatres have been shut since March 15. The reopening of the theatres might take place by the end of July, but one should not rest all hopes on it.

In these testing times, many filmmakers have taken their upcoming products to streaming platforms. Movies like Shakuntala Devi,  Gunjan Saxena, Laxmmi Bomb, Sadak 2, Bhuj: The Pride Of India, The Big Bull are going to be released online on various digital platforms.

(The above story first appeared on LatestLY on Jun 30, 2020 10:41 PM IST. For more news and updates on politics, world, sports, entertainment and lifestyle, log on to our website latestly.com).