Rajpal Yadav gained recognition for a rather serious role in Ram Gopal Verma's Jungle. The actor won the Screen award for Best Performance in a Negative Role for his performance. Rajpal opened up about his experience of working in Jungle with Ram in an exclusive conversation with LatestLY. The actor said that he had initially refused to meet the director. 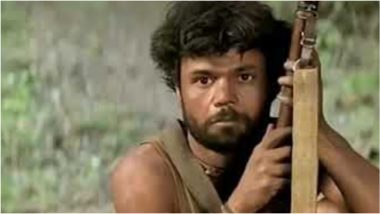 In 1999, Rajpal Yadav starred in Shool, where he played a coolie. Now, he stars in a comical role in David Dhawan's Coolie No 1. It has been an amazing journey for the actor known for his comic timing. But, interestingly, he first gained recognition for a rather serious role when he was spotted by Ram Gopal Verma and cast in Jungle. The actor won the Screen award for Best Performance in a Negative Role for his performance as Sippa, whom the director described as 'man who kills people as if he's eating a biscuit'. Happy Birthday, Rajpal Yadav: 5 Funniest Movie Scenes That Prove He Is the King of Comedy.

Rajpal opened up about his experience of working in Jungle with Ram in an exclusive conversation with LatestLY. The actor said that he had initially refused to meet the director for the film. "He was shooting for Mast at Kamalistan Studio. He called me to meet him to say just one line - the meaning of which I understood much later - that 'You've done a wonderful job in Shool'. I asked others what he meant later. He was such a big name. He cast me in Mast and called me for the shoot for four or five closeup shots," he revealed.

"He called me for Jungle, but I didn't go to meet Ram Gopal Verma. Mr Prabal Pandey called me and said that Ramu ji wants to meet me. Ram asked me why I didn't turn up to meet him. I replied that you are making Jungle. He asked me so what." Coolie No 1 Twitter Review: Varun Dhawan, Sara Ali Khan’s Chemistry Fails to Impress Netizens, Gets Trolled Massively With Hilarious Memes.

"I said I thought I'd be a misfit. I don't look junglee. I don't have a good height. So, I thought, he might need a man who's 6ft, who likes like He-Man. He, then, narrated a scene to me where the actor is killing someone - "he is killing like eating biscuit". He is so funny. This role is for you," Rajpal revealed.

(The above story first appeared on LatestLY on Dec 26, 2020 07:35 PM IST. For more news and updates on politics, world, sports, entertainment and lifestyle, log on to our website latestly.com).