Ranbir Kapoor's Debut OTT Venture To Be an Assassin Series? 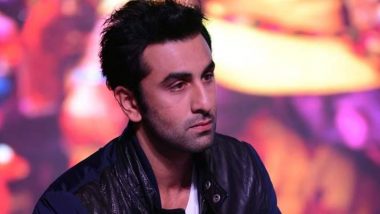 OTT is the new cool during the pandemic. As the cinema halls are shut indefinitely, the makers are opting for the digital platforms. This of course has opened up new avenues for the A-list Bollywood stars also. In the past few months, we saw many series and movies led by the stars go directly on the digital platform. Now, it might be time that fans will get to watch Ranbir Kapoor in this space! Ranbir Kapoor’s Pic Shooting On A Set Dressed In A Police Uniform Goes Viral, Fans Curious To Know About This New Project.

It is reported now that RK might be roped in for a 10-part assassin series that will stream on Disney+ Hotstar. The makers have him as the lead in the series which will also be his debut in OTT but he is yet to give a green signal.

A source close to the development told MidDay, "The discussions began only a few weeks ago. Only if RK gives his nod, the team will begin the hunt for a director. The 10-part series has been envisioned on a grand scale and will be shot across multiple countries. The show is not likely to go on floors soon as the multi-country shoot will be hard to pull off amid the current restrictions. Also, Ranbir Kapoor has allotted his dates to his next with Shraddha Kapoor that rolls in November." Apart from these two projects mentioned here, he will be seen in Ayan Mukerji's Brahmastra starring Alia Bhatt, Amitabh Bachchan.

(The above story first appeared on LatestLY on Sep 22, 2020 10:59 PM IST. For more news and updates on politics, world, sports, entertainment and lifestyle, log on to our website latestly.com).