Randhir Kapoor, Kareena's father accidentally shared a picture of the little munchkin on Instagram, sending a wave of frenzy on social media. The picture was immediately removed by the veteran actor but people managed t take screenshots of the post. 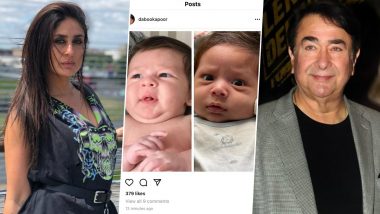 Kareena Kapoor and Saif Ali Khan welcomed their second child together on February 21, 2021. The couple has been blessed with a baby boy and the two have been busy spending time with the little munchkin. The duo is making sure that they keep the little one away from the limelight and have even not revealed his name yet. Kareena and Saif did step out once to greet the paparazzi after the arrival of their baby, but that is the only time, their fans got to see a glimpse of the little one. Kareena Kapoor Khan and Saif Ali Khan Blessed With A Baby Boy!

However, Randhir Kapoor, Kareena's father accidentally shared a picture of the little munchkin on Instagram, sending a wave of frenzy on social media. The picture was immediately removed by the veteran actor but people managed t take screenshots of the post. The picture which shows a collage of a baby picture of Taimur along with a picture of his younger brother is now going viral everywhere, after all the two adorable baby pics of Tim and his brother are something no one wants to miss. 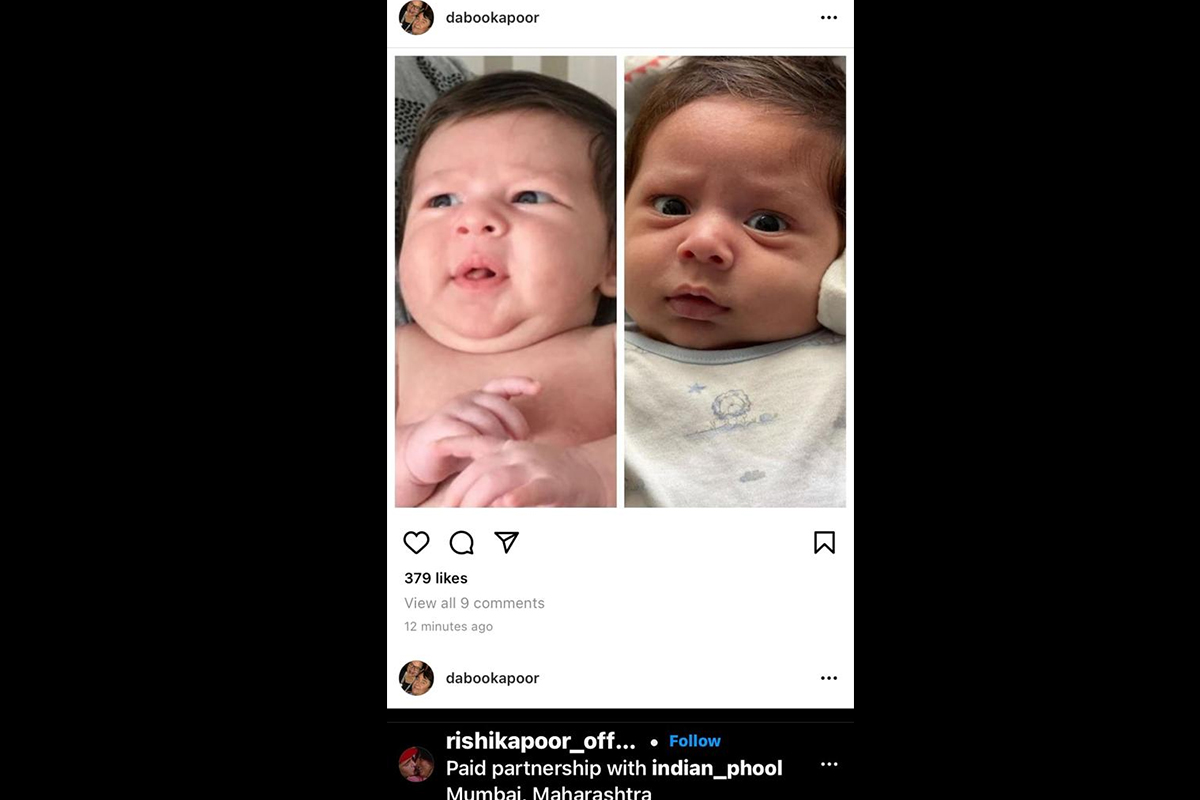 Earlier On Women's Day, Bebo had shared a picture of her son but his face was buried in his mothers arm. She had captioned the image as, "There’s nothing women can’t do. Happy Women’s Day my loves. #InternationalWomensDay." After a month since the little munchkin's birth on March 21, Saif's sister Saba Ali Khan had also shared another picture of the little one. Here, too, his face was not revealed. Kareena Kapoor and Saif Ali Khan Still Don’t Have a Name for their Newborn, Here’s Why.

When pregnant, Kareena had spoken about how Saif and she haven't decided on the name of their second son. She added that she wanted to wait until he is born. During a conversation with Neha Dhupia last year on her show, What Women Want, she has said, “After the whole controversy of Taimur, both Saif and me have not even thought about it. We’re like going to leave it last minute and then spring a surprise."

On the work front, Kareena completed the shoot of her upcoming film Laal Singh Chaddha before taking her maternity break. She did, however, kept herself busy throughout the pregnancy by shooting for various commercials. As for Saif, he shot for his upcoming horror-comedy Bhoot Police in Dharamshala and Dalhousie once the restrictions on film shoots were eased in 2021. He also has films like Adipurush and Bunty Aur Babli 2 in the kitty.

(The above story first appeared on LatestLY on Apr 06, 2021 01:56 PM IST. For more news and updates on politics, world, sports, entertainment and lifestyle, log on to our website latestly.com).