"Sanju has always been a fighter, and so has our family. God has yet again chosen to test us to overcome the challenges ahead," Maanayata says. 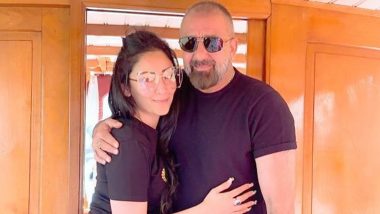 Sanjay Dutt recently announced that he was taking a short break for a medical treatment and will be back soon. There are reports doing the rounds that the Bollywood actor is suffering from the stage 3 lung cancer. It is also reported that he soon flying to the US for treatment. Amid this his wife, Maanayata Dutt released a statement where she asked fans to not speculate and send good wishes. Sanjay Dutt Reportedly Gets Diagnosed With Stage 3 Lung Cancer, Fans Pray for his Speedy Recovery.

The official statement released from Maanayata's side says, "I thank everyone who has expressed well wishes for Sanju's speedy recovery. We need all the strength and prayers to overcome this phase. There is a lot that the family has gone through in the past years but I am confident, this too shall pass.”

It further says, "Sanju has always been a fighter, and so has our family. God has yet again chosen to test us to overcome the challenges ahead. All we seek is your prayers and blessings, and we know we will emerge as winners on the other side, as we always have. Let us use this opportunity to spread light and positivity.” 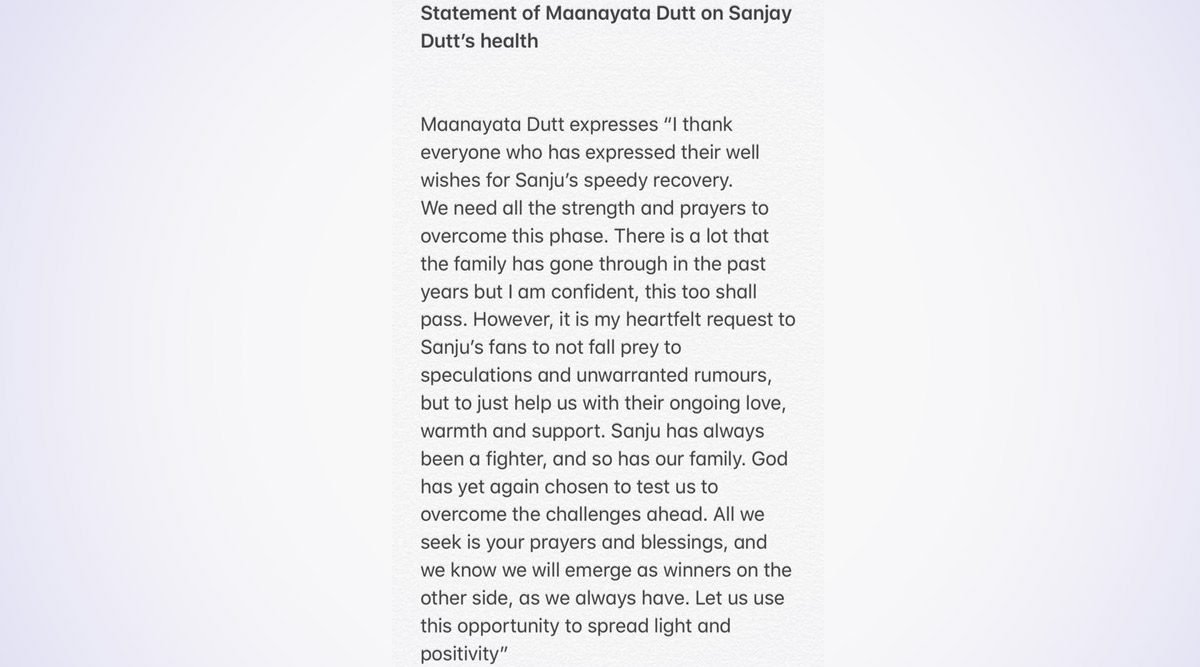 (The above story first appeared on LatestLY on Aug 12, 2020 01:55 PM IST. For more news and updates on politics, world, sports, entertainment and lifestyle, log on to our website latestly.com).