Apart from Salute, Shah Rukh Khan is also rumoured to be linked with Sanjay Leela Bhansali's next, the Vikram Vedha remake and a Yash Raj movie. 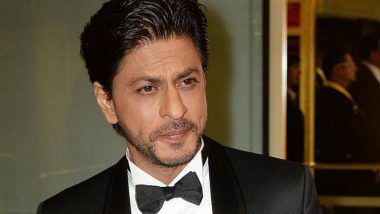 Shah Rukh Khan is busy finishing the shoot for his 2018 single release, Zero, that is scheduled to release on December 21. The movie, directed by Aanand L Rai, has SRK play a vertically challenged and he will be romancing Katrina Kaif and Anushka Sharma in the film. But what after Zero? Though he has been linked to several projects, Shah Rukh Khan is yet to give any confirmation on any of those. However, if speculations are correct, the movie which he will commit to next will be the Indian astronaut Rakesh Sharma biopic, Salute.

As per a report in Bollywood Hungama, Shah Rukh Khan will start shooting for the movie in September, while the makers will be looking for a 2019 release. The report states that Shah Rukh Khan will shoot for Salute for a month before he takes a break to promote Zero, and then resume shoot after the release.

In an earlier report in DNA, it was stated that Shah Rukh Khan will begin preparations for the movie from this summer itself. A source close to the project revealed, "SRK will wrap Zero by April end, after which he will be busy for the next three months prepping up for his character in Salute. He will be doing his own research with his team and studying the nuances to play the astronaut. That’s why he’s taken a three-month break in between to devote himself fully to the biopic." This will be the first official biopic in Shah Rukh Khan's career.

Apart from Salute, Shah Rukh Khan is also rumoured to be linked with Sanjay Leela Bhansali's next, the Vikram Vedha remake and a Yash Raj movie.

(The above story first appeared on LatestLY on May 05, 2018 04:42 PM IST. For more news and updates on politics, world, sports, entertainment and lifestyle, log on to our website latestly.com).