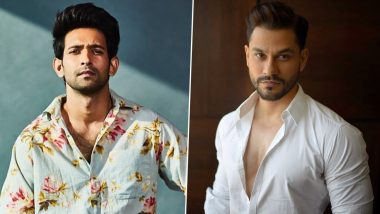 Streaming platform Disney+ Hotstar recently announced a string of Bollywood movie releases. For this, they held a live press conference hosted by Varun Dhawan. It was attended by B-town biggies like Akshay Kumar, Alia Bhatt, Abhishek Bachchan and Ajay Devgn, as they announced their movies and movie posters were unveiled. However, actors like Vidyut Jammwal and Kunal Kemmu were missing despite their films being a part of this announcement. Later, they took social media to take a subtle dig at not making them a part of the same. Chhapaak actor Vikrant Massey supported Kunal in his latest tweet. Vidyut Jammwal Calls Out Bollywood and Disney+ Hotstar For Snubbing His Movie Khuda Hafiz, Says 'The Cycle Continues' Hinting at Nepotism (View Tweet).

As he tweeted about not getting equal opportunity and respect, Vikrant replied to his tweet. He said, "Fair & Lovely se FAIR toh hata diya...Par yeh system kab FAIR hoga???." Check out the tweet below.

Earlier, Khuda Haafiz actor Vidyut Jammwal too called out the industry and the streaming platform for snubbing them. He wrote, "7 films scheduled for release but only 5 are deemed worthy of representation. 2 films, receive no invitation or intimation." Fans came out in support of their films on social media. What are your thoughts on this?

(The above story first appeared on LatestLY on Jun 30, 2020 06:44 PM IST. For more news and updates on politics, world, sports, entertainment and lifestyle, log on to our website latestly.com).