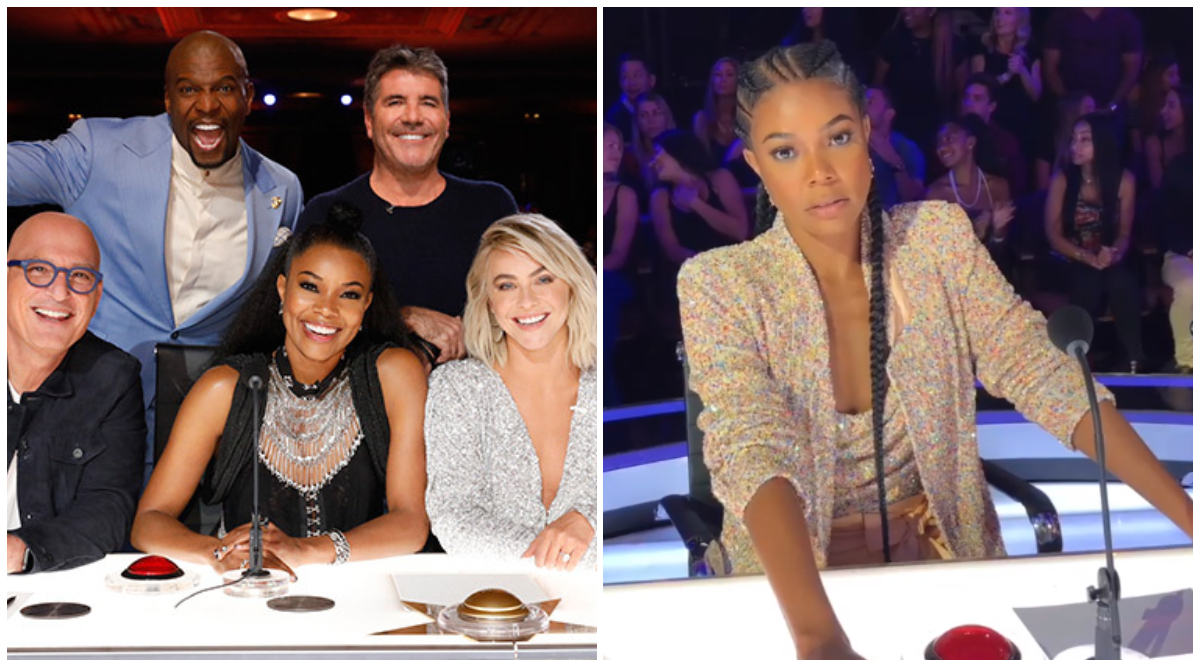 In an expose by Variety, murky details of what happens on the sets of America's Got Talent have come to light. If the reports are to be believed, the toxic work culture is what led to jury member Gabrielle Union's departure from the show. Union, along with co-judge Julianne Hough, were constantly criticised for their hair, makeup and wardrobe.

But Union had it worse. She received a very specific feedback that her changing hairstyles were "too black" for the audience of America's Got Talent season 14, which is produced by and aired on NBC.

Gabrielle Union On The Sets of America's Got Talent

When you are most definitely @kaaviajames’ mother. Best caption wins⬇️#agt Outfit @nyandcompany

During her tenure, Union had complained about guest-judge Jay Leno's racist joke that he cracked on camera. In the NBC building, near show's executive producer and judge Simon Cowell's office, there was a painting of him with several dogs. Jay Leno joked that the painting looked like something that would be on the menu at a Korean restaurant.

One Asian staff member was present when Jay cracked the insensitive joke. Despite being new to the show, Union urged the producers to take this up with the Human Resources. But the matter was never escalated to the department. Although, the joke was eventually cut from the episode when it aired on August 6.

In another incident, America's Got Talent's long time host, Nick Cannon, was threatened with termination for cracking a joke about NBC in his stand-up special. “I was to be punished for a joke … My soul won’t allow me to be in business with corporations that attempt to frown on freedom of speech, censor artists, and question cultural choices,” Cannon wrote in a Facebook post, announcing his separation from the show.

Gabrielle Union and other staff members had also, once, complained about a contestant's racially insensitive bit on the show during the audition. They were told by the makers that the bit will be removed later.

Entertainment journalist B. Scott has reported that Union's termination was because of her raising issues. Although, NBC and, series production company,  Fremantle, have refuted the allegations in  a joint statement. “‘America’s Got Talent’ has a long history of inclusivity and diversity in both our talent and the acts championed by the show,” adding “The judging and host line-up has been regularly refreshed over the years and that is one of the reasons for AGT’s enduring popularity. NBC and the producers take any issues on set seriously.” Also, in a statement, former judge Julianne Hough, denied the allegations made on NBC and said that she had a wonderful time on the show. She will be featured in two upcoming shows by NBC, titled, Holidays With the Houghs and Christmas in Rockefeller Center.