Black Widow, Eternals, West Side Story And Other Movies That Have Postponed Their Release Dates!

Take a look at the list of Hollywood movies that just got new release dates, all marked in 2021! 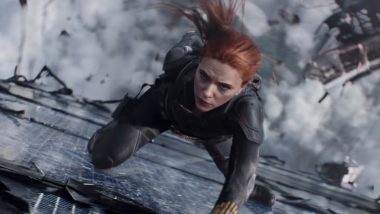 2020 has shaken up the original plans of people. Film industry is largely affected by the coronavirus health scare and shutting of shoots and cinema halls. While some of them have gone the OTT way, many filmmakers are optimistic about the theatrical release in 2021 due to the demand for the film. The flicks from Marvel Cinematic Universe are definitely few of them. As per the latest update, Black Widow, Shang-Chi and Eternals have been yet again delayed. Black Widow Director Confirms Scarlett Johansson Will Exit MCU after Her Solo Movie and Florence Pugh Will Take On the Mantle.

According to the updated release dates, Scarlett Johansson's Black Widow has been pushed from 6 November 2020 to 7 May 2021. The trailer of the film had left the fans excited but now the wait seems to be longer than expected. The lukewarm response to Christopher Nolan’s Tenet in the US is also said to be one of the reasons.

Apart from Black Widow, other Marvel film Shang Chi and the Legend of the Ten Rings has also been postponed to 9 July 2021. Marvel’s first film with an Asian lead was earlier supposed to release on 7 May 2021. Eternals based on comic book adventure about a super-powered alien race now goes from 12 February 2021 to 5 November 2021.

(The above story first appeared on LatestLY on Sep 23, 2020 11:20 PM IST. For more news and updates on politics, world, sports, entertainment and lifestyle, log on to our website latestly.com).