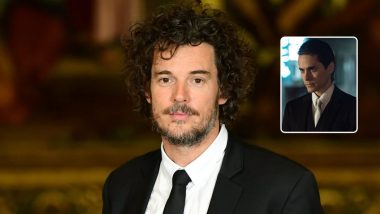 Disney has roped in filmmaker Garth Davis to direct the new instalment in “Tron” franchise. According to Variety, the new film will not be a direct sequel to 2010's “Tron: Legacy” and 1982's “Tron”. Jared Leto is set to star as well as produce the film with Justin Springer and Emma Ludbrook. Out of Exile: Pretty Little Liars Fame Ryan Merriman, Hayley McFarland and Peter Greene to Lead Upcoming Crime-Thriller

The film will be the first tentpole project for Davis, who made his feature directing debut with 2016's biographical drama “Lion”. Jesse Wigutow has penned the most recent draft of the script. The original 1982 film, starring Jeff Bridges, was set inside the computer program called the Grid, where a computer hacker is abducted and forced to participate in gladiatorial games. The Girls I’ve Been: Millie Bobby Brown to Star As the Lead in Upcoming Netflix Series Based on Tess Sharpe’s Novel

The film's special effects were seen as game-changer at the time and over the years the movie attained cult following, prompting Disney to come up with a sequel, “Tron: Legacy” in 2010, with Bridges reprising his role and Garret Hedlund and Olivia Wilde boarding the franchise.