Justin Timberlake talks about how he is excited to be partnering with Merck Mercuriadis and Hipgnosis. CEO of Hipgnosis Song Management says Justin is not only one of the most influential artists but also one of the greatest songwriters of all time. 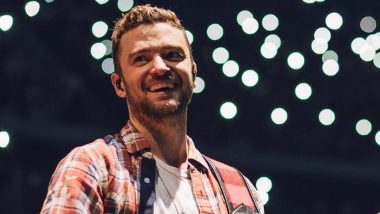 Pop singer Justin Timberlake has sold a catalog of musical compositions written by him to Hipgnosis Song Management. The company has bought 100 per cent of all of the Grammy winner's copyright and ownership. The deal also makes Hipgnosis entitled to the financial interests of the writer and publisher's share of public performance income, reported Variety. Janet Jackson Reveals She Remains 'Good Friends' With Justin Timberlake After Super Bowl Incident.

Timberlake, who has sold over 150 million records in his career spanning two decades, is known for hit songs such as Bye Bye Bye as part of his stint with the boy band NSYNC, and solo numbers Cry Me a River and What Goes Around... Comes Around. Merck Mercuriadis, CEO of Hipgnosis Song Management, said putting this deal together has been a "complete labour of love" for the four-year-old company.

"Justin Timberlake is not only one of the most influential artists of the last 20 years but he's also one of the greatest songwriters of all time. His hit songs including Cry Me A River, Rock Your Body, SexyBack, My Love, What Goes Around . . . Comes Around, Suit & Tie, Mirrors and Can't Stop The Feeling are amongst the most iconic of the period," Mercuriadis said.

Timberlake said he is looking forward to entering this next chapter in his life.

"I am excited to be partnering with Merck and Hipgnosis – he values artists and their creative work and has always been a strong supporter of songwriters and storytelling," the singer-songwriter added. Justin Timberlake Enjoys 'Coolest' Visit to Star Wars: Galaxy's Edge at Walt Disney World With Son Silas.