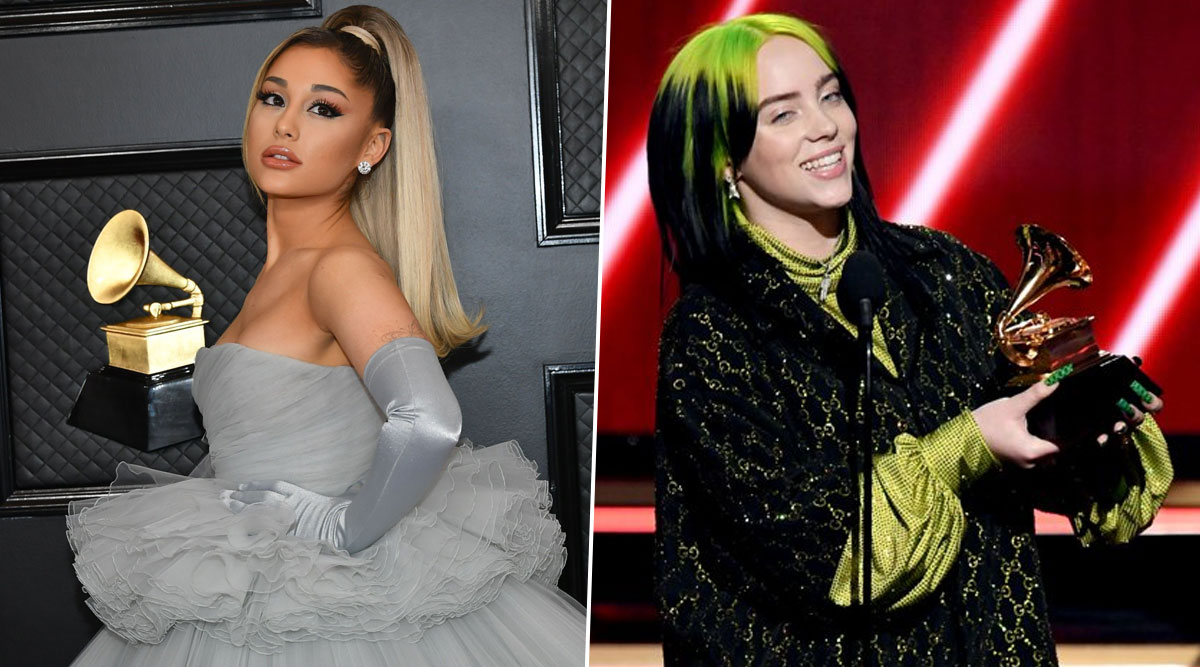 Popstar Ariana Grande's reaction to Billie Eilish's acceptance speech at the Grammy Award ceremony here on Sunday has got people talking. Billie took to the stage after winning album of the year for "When We All Fall Asleep, Where Do We Go?". Not only did the "Bad guy" artiste make history after nabbing seven nominations in the top four major categories, but she became the youngest artiste to ever win album of the year. "Ay, please, sit down," Billie began her speech with her brother Finneas O'Connell standing right by her side, reports eonline.com. Billie Eilish: All You Need to Know About the Bad Guy Singer Who Made History At Grammys 2020.

"Can I just say that I think Ariana deserves this. Thank U Next... and I think it deserves (it) more than anything in the world." However, Ariana shook her head and mouthed the words "no, no, no". Ariana also blew air kisses and motioned her hands up and down to the 18-year-old after being praised. "I love you so much," Billie continued to the "Bloodline" singer, adding, "I'm not going to waste your time, I'm really not, I love you, thank you for this." Grammy Awards 2020: WATCH Billie Eilish’s Mesmerizing Grammys Performance as She Sings ‘When the Party’s Over’

Finneas shared his thoughts on the album he helped produce and co-write. "Thank you to the Recording Academy, thank you again to our team, our family, to the people that have supported us from the beginning," he said. "To me, we didn't make an album to win a Grammy... we wrote an album about depression, suicidal thought, climate change and being the bad guy, whatever that means."

He concluded by saying: "We stand up here confused and grateful." Despite not winning in that category, Ariana was living her best life. "i had a great mf time tonight (sic.)," she wrote on Twitter with a short video clip of herself. "Thank u for everything."