Guns Akimbo Trailer: Daniel Radcliffe Runs For His Life With Guns Bolted to His Hands In This Action Comedy (Watch Video) 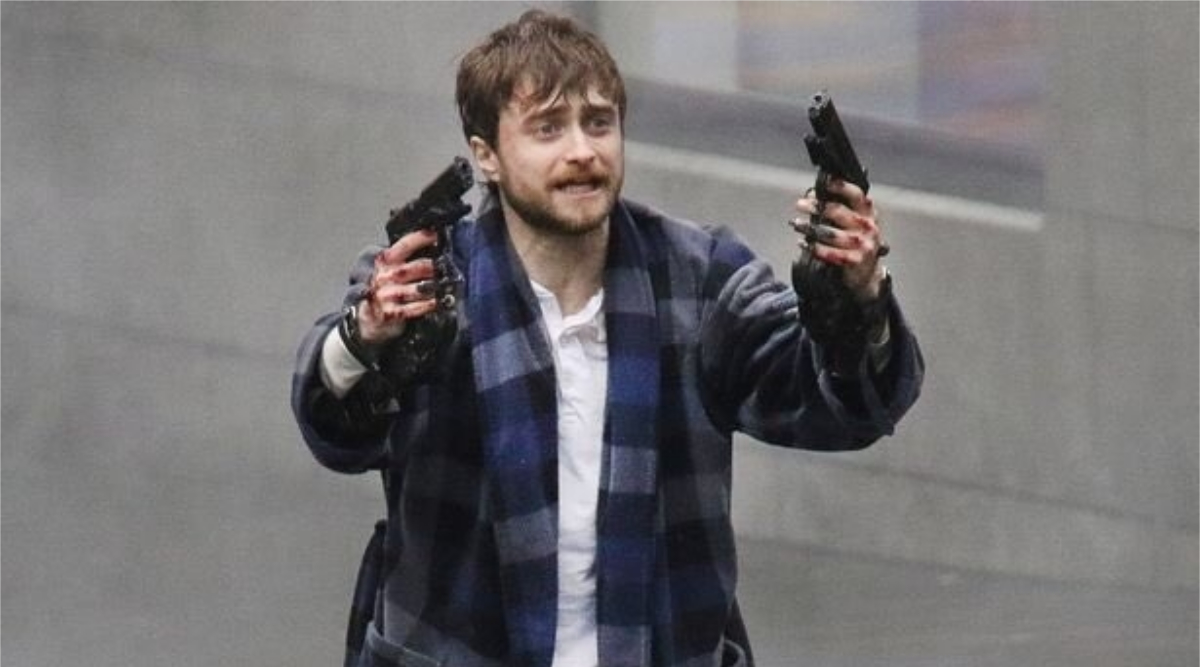 Makers released the trailer of the Guns Akimbo trailer directed by Jason Lei Howden. The film stars Daniel Radcliffe, Natasha Liu Bordizzo and Samara Weaving in the lead. The film is basically based on the fictional video game from the movie called Skizm. Danielle is seen as an online troll who mistakenly trolls a group through illegal live streaming who conducts the illegal 'real life' battle over this game. Playmobil The Movie Trailer: Daniel Radcliffe as a Top Toy Spy Makes a Promising Animated Debut – Watch Video.

In the course of incidents, he gets abducted by the group that he trolled. He is threatened to beat and kill current Skizm champion played by Samara. The match gets real for him and he has to deal with it with guns bolted to his hands. He tries to convince Samara's Nix to get him out of this unwanted, life-threatening situation but she is in no mood to spare him as well. Running around in his boxers, bruised and confused, Danielle will make one forget the Harry Potter in him. The film has some funny moments as well as heavy action scenes. Check out the trailer below.

Guns Akimbo was earlier premiered at the Toronto International Film Festival on September 9, 2019. It received mixed reviews and is now waiting for the response of the fans after it's release on February 28, 2020. The film has music by Enis Rotthoff and cinematography by Stefan Ciupek. It also stars Mark Rowley as Dane, Colin Moy, Ned Dennehy, Hanako Footman in the key roles.