On his birthday, paying a tribute to Mark Ruffalo's love for acting, we are going to jot down some of the most amazing moments of the actor on screen. These are the best dialogues that the actor has spoken in movies. 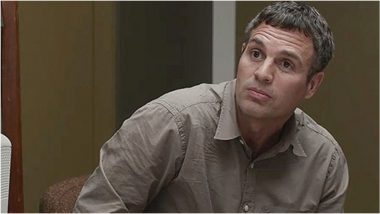 Mark Ruffalo turns 53 today. The majority of the world knows him as the incredible Hulk. He has played the superhero in the Marvel Cinematic Universe numerous times. But, his filmography has so much more to offer. He has starred in some of the most charismatic roles in cinema. He has made many of his dialogues memorable with his delivery. But, his turn in the MCU helped him get noticed for better. "The first Avengers opened up a host of things that I’ve been struggling to get made for a long period of time. It created this whole, sort of, avalanche of work. And then I was kinda like, “You know what, you’re 45, this is the pocket, now. So I was also like, I want to really get a nice body of work out there to really open up the margins of how I’m perceived, you know?” he said in an interview. Brave Bridger Walker: From Chris Evans to Mark Ruffalo, Avengers Assemble to Praise 6-YO Boy Who Saved Little Sister From Dog Attack (Watch Video and Pics).

Mark loves to act. "I love acting and don't really see the difference between the kind of acting you do in a big movie or a small movie," he said in an interview. "One great thing about being an actor is you get invited into people's worlds that you don't belong in. For example, I'm doing a movie about south Boston. If I tried to get into a bar in south Boston, they would beat the hell out of me. But, if you tell them you're an actor playing a part in film about a south Boston guy, all of sudden they want to tell you or show you what south Boston is about in a very personal way. "

So, paying a tribute to Mark Ruffalo's love for acting, we are going to jot down some of the most amazing moments of the actor on screen. These are the best dialogues that the actor has spoken in movies.

“I can maintain my resolve much longer than you can maintain that phony arrogance. And the instant that you even show the slightest crack in that smug facade, I'll be there.” ~ Now You See Me

“It doesn't matter what Lucy said. I stopped trusting her after she stole my Pop Rocks in the third grade.” ~ 13 Going On 30

“I know there's things you cannot tell people. But I also know there's a story here people will hear about it.”~ Spotlight

"There's no room for honesty in a healthy relationship.” ~ XX/XY

"Sorry" does not put Humpty Dumpty back together again." ~ Collateral

(The above story first appeared on LatestLY on Nov 21, 2020 09:40 AM IST. For more news and updates on politics, world, sports, entertainment and lifestyle, log on to our website latestly.com).