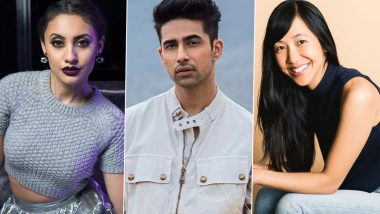 Life of Pi star Suraj Sharma, Grown-ish star Francia Raisa, Tom Ainsley of Versailles fame, and Tien Tran, best known for Space Force, have signed on to feature in How I Met Your Father, a spin-off to the Emmy-winning sitcom How I Met Your Mother. Younger star Hilary Duff headlines the show that has received a straight-to-series order from Hulu, reported Deadline. Hilary Duff's Hulu Show How I Met Your Father Adds Chris Lowell to the Cast.

The upcoming series will see Duff star as Sophie telling her son the story of how she met his father, much like Josh Radnor/ Bob Saget's Ted Mosby did in the original. Created and written by Isaac Aptaker and Elizabeth Berger, the story of How I Met Your Father starts in 2021 where Sophie and her close-knit group of friends are in the midst of figuring out their identities, aspirations and and how to fall in love in the age of dating apps. How I Met Your Mother Star Neil Patrick Harris to Star in Netflix's Comedy Series 'Uncoupled'.

The quartet also joins Chris Lowell, who plays the smart and cynical Jesse, who is an aspiring musician who works as an Uber driver to make ends meet and lives with his best friend Tom. Raisa will play Valentina, Sophie's (Duff) roommate and friend who is an aspiring stylist, and Ainsley plays Charlie, an aspiring model who fell in love with Valentina at London Fashion Week and followed her to New York.

Tran is Ellen, Jesse's adopted sister, who just moved to New York from a small farming town after separating from her wife. Sharma portrays Sid, Jesse's best friend and roommate. He's a new bar owner and plays the optimist to Jesse's cynicism. Duff also produces the series, which will use a multi- and single-camera approach similar to its predecessor. How I Met Your Mother creators Carter Bays and Craig Thomas executive produce How I Met Your Father, which comes from 20th Television. Adam Londy serves as co-executive producer.