John has a very distinct voice that he doesn't put effort in changing for the animated movies. So, fans are having a great time trying to figure out where his voice lies in Soul. 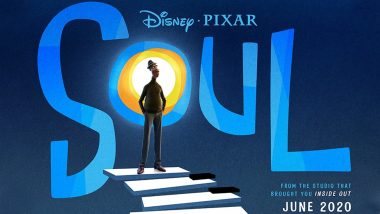 Disney Pixar's Soul has released online. The film is the first by the studio to feature a African-American in the lead. Jamie Foxx gets the opportunity, and he has said, "For me to be able to say, and be proud to say, [I’m] the first African-American lead in Disney-Pixar, that’s amazing. That feels good." But, this is not the only new thing that is going on with the animated film. The movie has also seemingly broken a Pixar tradition by not crediting John Ratzenberger in a voice role. Soul Movie Review: The Visuals and the Music Score Jazz Up Jamie Foxx-Tina Fey’s Adorable Disney-Pixar Animated Film.

John has appeared in a role, be it a cameo, in every Pixar movie ever starting from Toy Story in 1995. He played a Yeti in Monsters Inc. He starred as a construction worker in Up, Onward and Inside Out. He is considered a lucky mascot by the studio. You know how Karan Johar's lucky mascot are Kajol and Rani, who make appearances in every film even if it's a blink and miss role.

But, Soul has become the first movie since the inception of the studio to not feature the voice of John Ratzenberger. Oscar Winner Jamie Foxx Talks About Voicing Disney-Pixar's Lead in 'Soul'.

Well, since the fans started noticing the lack of a credit to the actor, makers had to clarify. Director Pete Docter confirmed that the John has a secret voice cameo in Soul as well. "He’s… I don’t want to give (it away), I don’t want to be too specific. But John Ratzenberger does make a cameo in the film," the director told Cinema Blend.

John has a very distinct voice that he doesn't put effort in changing for the animated movies. So, fans are having a great time trying to figure out where his voice lies in Soul. Maybe he did something different with his voice this time.

(The above story first appeared on LatestLY on Dec 27, 2020 06:21 PM IST. For more news and updates on politics, world, sports, entertainment and lifestyle, log on to our website latestly.com).