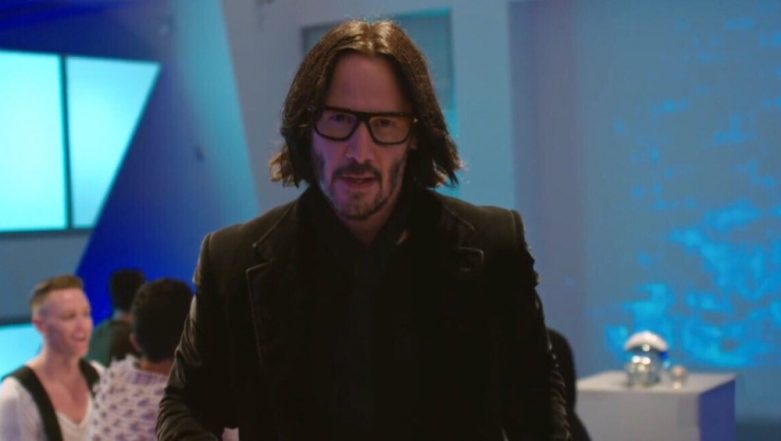 Hollywood's forever heartthrob, Keanu Reeves, is setting the social media on fire but not for John Wick: Parabellum! Well, it is all thanks to a certain meme of the actor that has set netizens to swoon over him and possibly fall in love with him all over again. Yes, I am one of his victims to have fallen for his personality, looks and his constant drop-dead-gorgeousness. Anyway, we can gush about him later but for now, we have got to talk about why he has become the internet's new favourite meme. John Wick: Chapter 3 - Parabellum Movie Review: Keanu Reeves' Sequel Gives You No Reason to Complain

For those who are still paying their television bills, time to switch to online streaming sites. And when we speak of streaming sites, we mean some Netflixing and chilling is up to you. So you probably know that the site dropped a new film, Always Be My Maybe with Ali Wong and Randall Park. What you don't know is that Keanu plays a supporting lead in the film.

Basically, he plays Wong's celebrity love interest who walks up to her at a restaurant and floors everyone with his debonair self! His entry is pretty cool if you ask us. The actor actually struts into the restaurant to Awolnation's Sail. However, noticing how his walk and panache go beyond the background score of Sail, netizens thought, why not tweak it a bit! Is Keanu Reeves Wearing 25-Year-Old, Worn-Out Shoes? See How Fans Reacted to The Picture

Since then, a new trend of changing the background score of Keanu Reeves walking to different songs ranging from Paramore's Decode to Shakira's Whenever Wherever to even Naruto's soundtracks have been taking over social media. Fans are going bonkers as they simply can't get over how thirst-quenching Reeves looks as he walks to all those songs! This man can really make anyone go weak in the knees! Check out the mad memes below. John Wick 3 Star Keanu Reeves is in Talks to Star in Marvel's The Eternals, Will He Play Thanos' Brother Starfox?

(i just) died in your arms tonight - cutting crew pic.twitter.com/86IC0U5qRi

Keanu Reeves is currently enjoying the impeccable success of his film, John Wick 3: Parabellum which confirms that a fourth part is on its way.