While the same magazine had earlier ripped her off the billionaire status, they claim that the recent deal Kyline struck with makeup brand Coty is responsible for her coming back in the race. 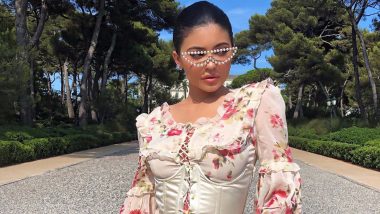 Kylie Jenner is one proud lady today and for reasons valid enough. The reality star who was earlier accused of lying about her real earnings by Forbes has managed to secure the numero uno position in their new list of highest-paid celebrities of 2020. Yes, Kylie currently stands at number one position followed by Kanye West at second. While the same magazine had earlier ripped her off the billionaire status, they claim that the recent deal she struck with makeup brand Coty is responsible for her coming back in the race.

"While she had exaggerated over the years about the size of her business, the money she pulled in from the deal was real —enough to rank as one of the biggest celebrity cashouts of all time,” Forbes said in their recent statement. The magazine had earlier slammed the beauty mogul of forging her tax records to amplify her overall assets. Kylie was certainly upset with their coverage and had tweeted about how she never asked them for any title. "What am i even waking up to. i thought this was a reputable site… All i see are a number of inaccurate statements and unproven assumptions lol. i’ve never asked for any title or tried to lie my way there EVER. period," she wrote on her Twitter account. Kylie Jenner Shares Pic of Stretch Marks on Boobs on Instagram! Netizens Praise the Beauty Mogul for Crushing Fake Beauty Standards.

According to Forbes, 22-year-old Jenner earned $590 million over the past year. She recently sold 51% of her makeup brand to Coty for $600 million and the same deal is responsible for her bagging the top position.

Coming to our celebs, Akshay Kumar is the only Indian name to get featured in the list of 100 highest-paid celebrities of 2020. The actor managed to beat the likes of Will Smith, Katy Perry and Lady Gaga to achieve his 52nd position.

(The above story first appeared on LatestLY on Jun 04, 2020 10:57 PM IST. For more news and updates on politics, world, sports, entertainment and lifestyle, log on to our website latestly.com).