Matt Reeves Birthday Special: From The Batman to War of the Planet of the Apes, Ranking the Acclaimed Directors 5 Best Films!

Great at directing movies that transcends their genres, Reeves has been on a hot streak right now in Hollywood. From his Planet of the Apes movies to The Batman, he released some big budget tent-poles that exceled in their particular fields. 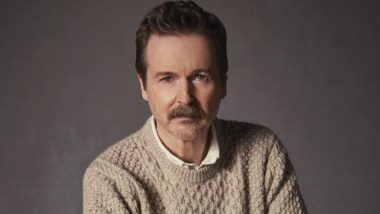 Over the last few months, Matt Reeves has become the most talked about director online. With the release of The Batman, his popularity just skyrocketed and fans have been extremely ecstatic when talking about him. Reeves deservedly so has been getting praise as over the last decade he has established himself as quite a capable director who can deliver some quality goods. The Batman: Matt Reeves Reveals the GCPD Show Has Evolved Into an Arkham Series; Teases Horror Elements!

Great at directing movies that transcends their genres, Reeves has been on a hot streak right now in Hollywood. From his Planet of the Apes movies to The Batman, he released some big budget tent-poles that exceled in their particular fields. So to celebrate Matt Reeves’ 56th birthday, let’s take a look at five of his best films.

A romantic horror film that really excels in what it does, Reeves directs this movie perfectly and gives us a great story here. Let Me In follows a 12 year-old child who develops a romantic relationship with a vampire. It was a remake of a Swedish film and many consider this version to be superior.

Cloverfield till date has had one of the most amazing viral marketing you will ever see for any movie. This found-footage monster film revolutionises the genre as it takes a Kaiju that we get to see from the eyes of a civilian. It’s a great concept that’s explored very well here.

War For the Planet of the Apes

Concluding Reeves’ Planet of the Apes saga, the third film was an emotional end to Caesar’s story. Seeing him trying to get revenge for the murder of his loved ones, Caesar travels across the country to find the general responsible. It’s a dark harrowing tale that definitely brings a satisfying conclusion to the trilogy.

Dawn of the Planet of the Apes

Reeves took over from Rupert Wyatt for the sequel and ended up delivering one of the best sci-fi stories ever told. With the world deteriorating in the worst way imaginable, the story here showcases the conflicts between the humans and the apes in a great way. A highly emotional sequel with some cutting edge VFX, this is a treat to watch.

Reeves’ latest hit, The Batman sees our Caped Crusader in the second year of his crime fighting as he takes on the Riddler. What makes this Reeves’ best film yet is that he truly understands the essence of this character and delivers a story worthy of the Dark Knight’s mythos. The Batman Movie Review: Matt Reeves & Robert Pattinson Deliver the Definitive Version of DC’s Dark Knight! (LatestLY Exclusive).

With Reeves fully delving into Batman with the upcoming shows and a potential sequel, we can’t wait to see what he does with the franchise. With this we finish off the list and wish Matt Reeves a very happy birthday.

(The above story first appeared on LatestLY on Apr 27, 2022 09:20 AM IST. For more news and updates on politics, world, sports, entertainment and lifestyle, log on to our website latestly.com).