Minions: The Rise of Gru is an animated film directed by Kyle Balda and a sequel to the 2015 film Minions. It stars Steve Carell, Pierre Coffin, Michelle Yeoh, Taraji P Henson, Dolph Lundgren, Danny Trejo and more. The movie is playing in theatres right now. 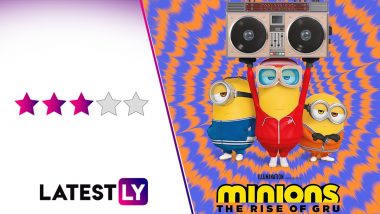 Minions The Rise of Gru Movie Review: When Despicable Me came out, the Minions became an instant hit with the audiences. So much so, that a spinoff completely centered around them was made. The devilish little, yellow, cylindrical-shaped creatures have become icons of the animated realm, and Minions provided a great deal of fun. However, a movie just completely centered around them did become quite repetitive as you are dealing with characters here that are unintelligible. So, it was great to see Minions: The Rise of Gru find a common ground and feature a human lead too so the story could flow properly. Minions The Rise of Gru: Review, Cast, Plot, Trailer, Release Date – All You Need to Know About Steve Carell's Animated Sequel!

Directed by Kyle Balda, Minions: The Rise of Gru tells us the origin story of how the supervillain came to be. Gru (Steve Carell), who is a kid right now, teams up with the Minions (Pierre Coffin) in the 1970s. When one of the supervillains from the group Vicious 6 dies, there are tryouts held for a new member to join them. Gru, having big aspirations, sees the opportunity and tries to grab it. 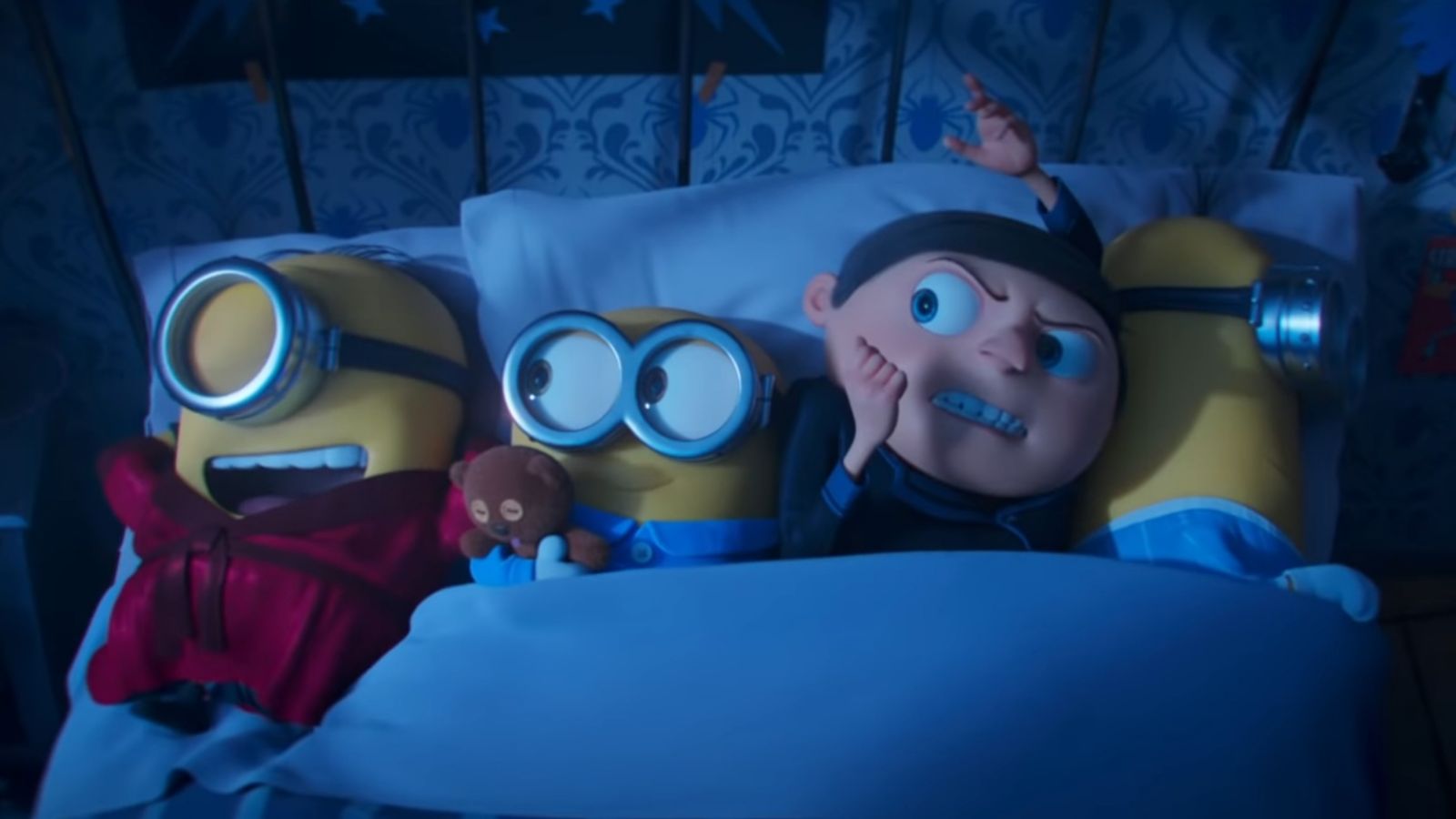 Things go horribly wrong when they dismiss him for being a child. In an effort to prove them wrong, Gru steals a very important stone from them and so starts the goose chase. While Gru is having his own story played out, the Minions are trying to prove to their “mini boss” that they are worthy as well and not completely useless.

Now you’re going to watch a Minions movie, so, you’re not going to expect the film to deliver a symbolic drama where the Minions are a metaphor for our current socio-political environment. No, you just want to go and watch these banana shaped creatures cause havoc, and Minions: The Rise of Gru provides that in plenty. You can’t take this film seriously at all. It’s just an 86 minutes long fun ride that has laughs sprinkled throughout.

Packing probably some of the most hilarious sequences I have seen in an animated film in a good while, Minions: The Rise of Gru had me cackling like anything in the theatre. Blending situational and physical comedy together, the movie is a riot. The trio of Kevin, Stuart and Bob, all voiced by Pierre Coffin, return and are better than ever. This time around, they are joined by a new member Otto, who has a knack for talking a lot, and he creates some of the best comedic moments in the film.

Steve Carell returns to voice a younger version of Gru here. While Carell is ever so good in this role, I am still trying to wrap my head around the fact how his voice works. He manages to have that natural Gru sound, while having a much higher pitch to him. Not sure if some trickery was involved here, but Carell is always a treat in this role. This time around he gets to bond with Wild Knuckles (Alan Arkin), his favourite villain of all time, and there is a neat dynamic present. 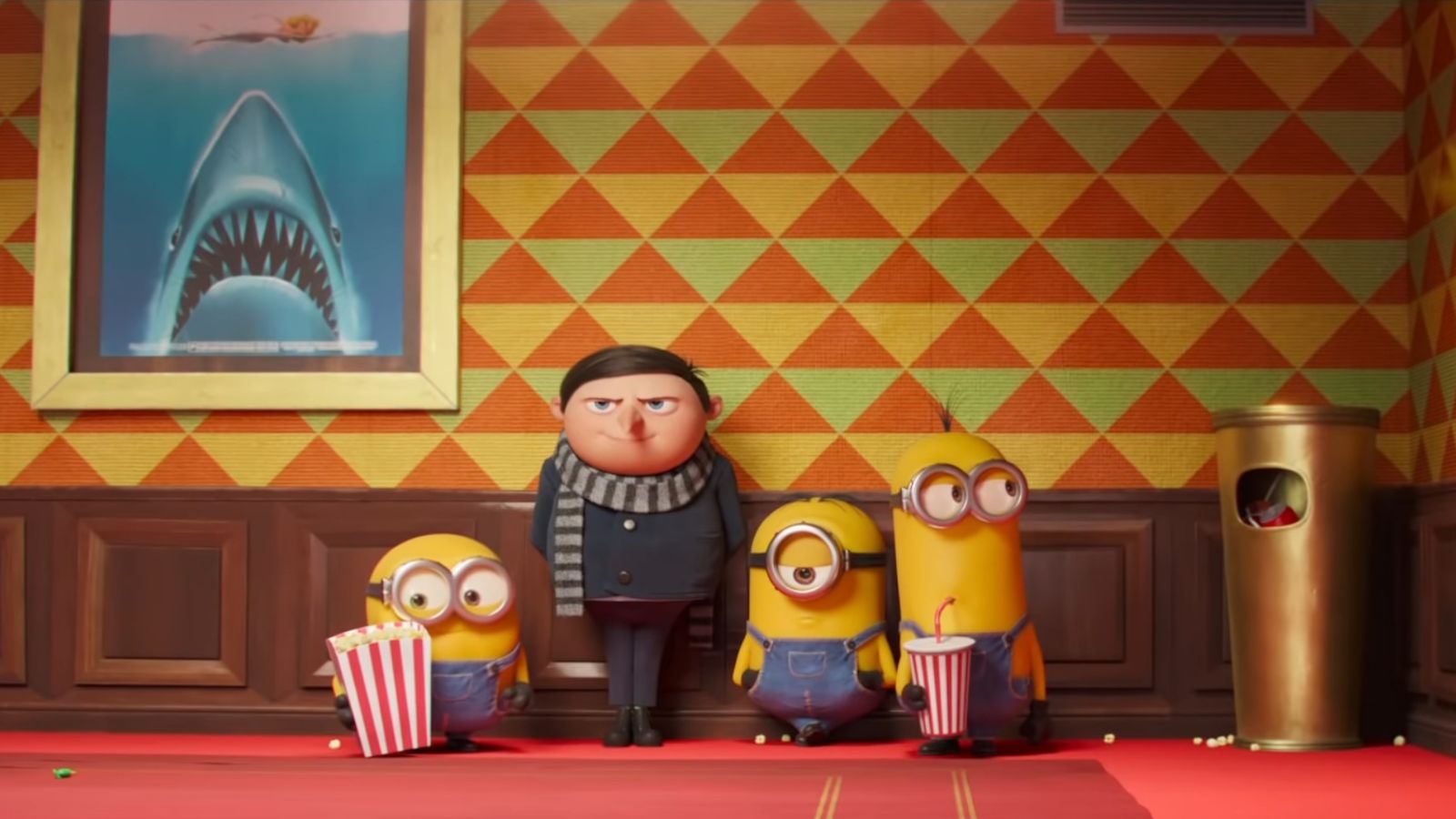 On the Vicious 6 side of the things though, Minions: The Rise of Gru disappointed a lot. The franchise is known for having some good antagonists, especially that of Vector from the first film, but here they were very underwhelming. Only given a few handful of scenes, they rather just felt more like an annoyance than anything else. They have a great introduction of course where their wildly punny names are revealed, like Jean-Claude Van Damme voices a character called Jean Clawed who has a giant lobster claw, but there is still nothing to them. It leads for a very rushed third act that’s devoid of any charm and fun which Minions: The Rise of Gru had until that point.

Led by Taraji P Henson’s Belle Bottom, none of the characters feel like they have any charm to them. They just end up coming off as generic bad guys. Like, you guys have a cast stacked with the talents of Dolph Lundgren, Lucy Lawless, Danny Trejo and more, give them something to do than just grunt a couple of times. However, Michelle Yeoh’s short-lived role as Master Chow, a Kung Fu master, was a great surprise. Elvis Movie Review: Austin Butler’s Elvis Presley Biopic Is An Audacious and Exuberant Film Fueled By Baz Luhrmann’s Eccentric Direction (LatestLY Exclusive). 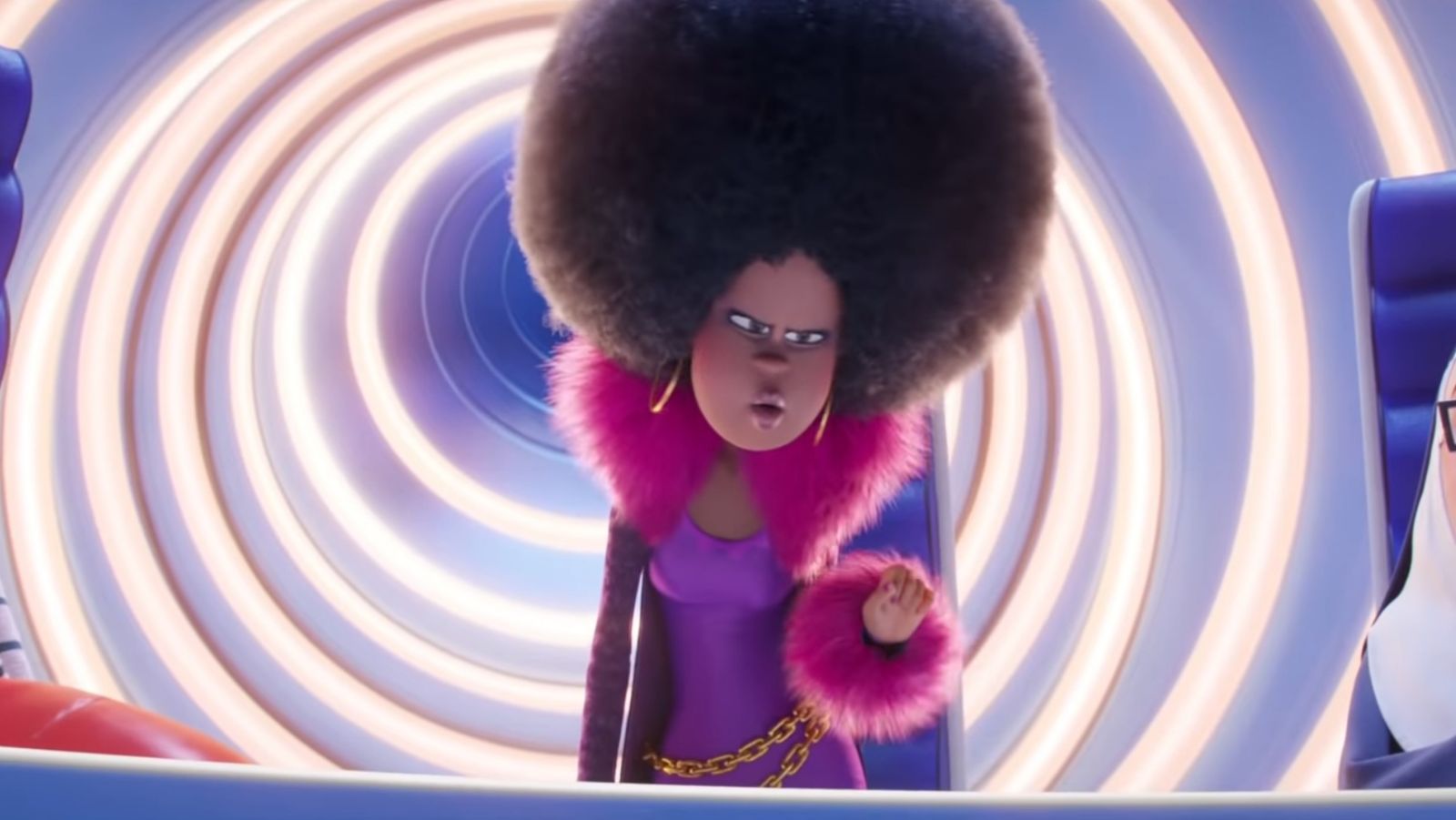 The movie features some great animation that’s topped with the absurd character designs that these films are known for. The soundtrack is also a joy to listen to, where some of the ‘70s greatest hits are covered by the Minions themselves. Also, for fans of Despicable Me, there are a bunch of easter-eggs present here that will definitely put a smile on your face. For example, one of Gru’s signature weapons makes an appearance here, and a few character relationships are hinted at as well.

(The above story first appeared on LatestLY on Jun 30, 2022 07:06 PM IST. For more news and updates on politics, world, sports, entertainment and lifestyle, log on to our website latestly.com).