Cannon at one point on the show, referencing the ideas of Nation of Islam leader Louis Farrakhan, said that people who have “the lack of pigment” are “a little less” than those who do, and have “a lack of compassion.” 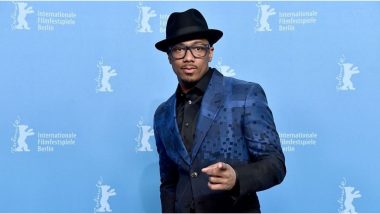 Viacom CBS has decided to end their longstanding relationship with Nick Cannon over anti-Semitic comments made on his podcast. On a recent episode of his podcast Cannon’s Class, Cannon discussed race and racism with former Public Enemy member Richard “Professor Griff” Griffin. During this discussion, Cannon said Black people are the “true Hebrews” and talked about anti-Semitic conspiracy theories. Cannon at one point on the show, referencing the ideas of Nation of Islam leader Louis Farrakhan, said that people who have “the lack of pigment” are “a little less” than those who do, and have “a lack of compassion.” The Flash Star Hartley Sawyer Gets Fired from the Show After His Old Racist Tweets Resurface Online.

These remarks of Cannon have been strongly condemned by ViacomCBs who in their statement released with Variety said, "ViacomCBS condemns bigotry of any kind and we categorically denounce all forms of anti-Semitism. We have spoken with Nick Cannon about an episode of his podcast ‘Cannon’s Class’ on YouTube, which promoted hateful speech and spread anti-Semitic conspiracy theories. While we support ongoing education and dialogue in the fight against bigotry, we are deeply troubled that Nick has failed to acknowledge or apologize for perpetuating anti-Semitism, and we are terminating our relationship with him."

Taking to Facebook, Nick Cannon tried to explain. his words but did not apologise. He wrote, "Anyone who knows me knows that I have no hate in my heart nor malice intentions. I do not condone hate speech nor the spread of hateful rhetoric. We are living in a time when it is more important than ever to promote unity and understanding."MTV Fires Alex Kompothecras Of Siesta Key After Racist Social Media Posts Surface Online.

It's particularly shocking for Cannon and Viacom to part ways given that their relationship goes long back. The actor was initially an actor on Nickelodeon in the ’90s. He was also a host for the sketch comedy show “Wild ‘n Out,” which aired on MTV and VH1 later in the 2000s.

(The above story first appeared on LatestLY on Jul 15, 2020 11:40 AM IST. For more news and updates on politics, world, sports, entertainment and lifestyle, log on to our website latestly.com).