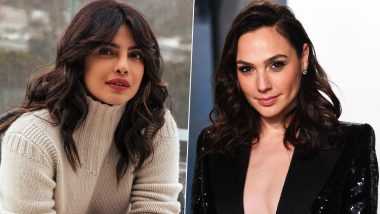 With multiplexes now open for its audience to enjoy films on the big screen, DC fans are excited to watch Gal Gadot's superhero film Wonder Woman 1984 in theatres. The actress recently made the announcement that the film will be releasing in cinemas on Christmas 2002 with a simultaneous digital release and this news has fans waiting with bated breath to see the action star on the big screen. Amongst the many fans who are waiting for the release of the film, global star Priyanka Chopra too shared the excitement for seeing Gadot in the action avatar. Gal Gadot's Wonder Woman 1984 to Release in India on December 25.

Priyanka, who herself is a part of a superhero movie (We Can Be Heroes) now, took to Instagram to share her eagerness for the release of Wonder Woman 1984 in theatres. She posted a story of Gal Gadot's latest poster from the film and called Gadot a 'phenomenon.' She wrote a sweet note for the actress that read, "She is a phenomenon! Just like the woman playing her! Get it @gal_gadot! This looks amazing!” The new poster of WW84 feature Gal Gadot in her winged golden battle armour with her lasso of truth shining brightly. 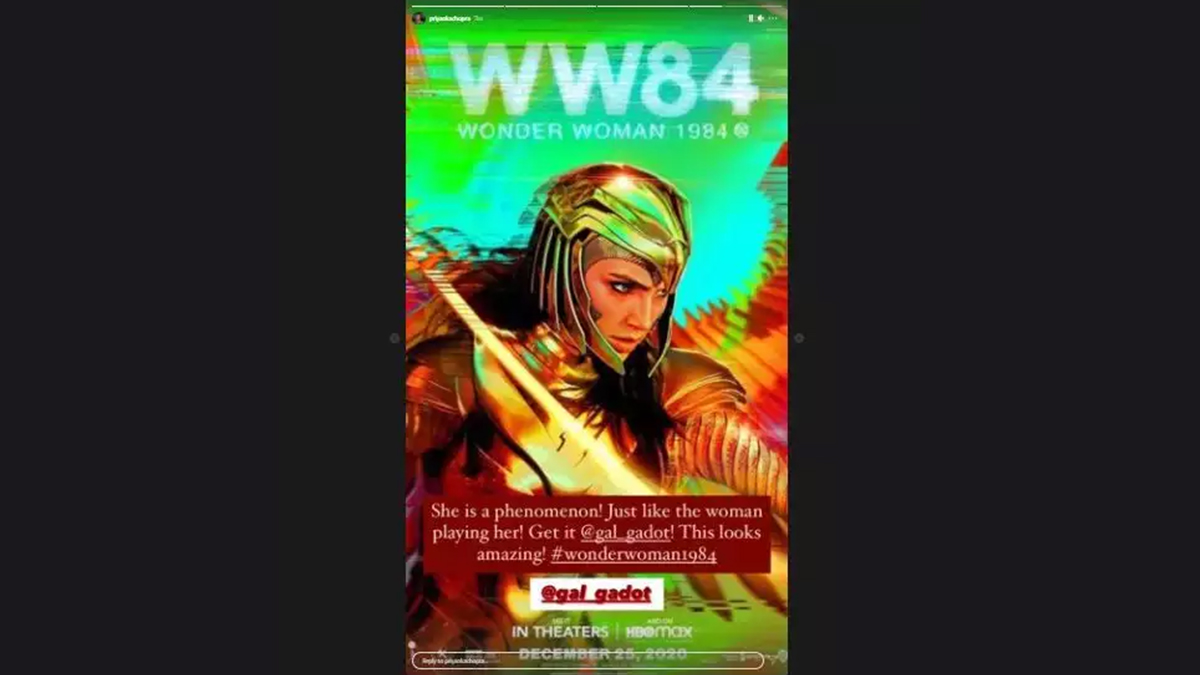 Priyanka and Gal have known each other for quite a long time now. The two divas first made it to the headlines together in 2019 when they struck a pose for photos at a fashion show. PeeCee and Gadot were invited to the Paris Fashion Week, where they made heads turn with their striking outfits. We Can Be Heroes First Look Out! Priyanka Chopra Looks Fierce as a Baddie, Pedro Pascal Looks Convincing as the Superhero; Movie to Air From January 1, 2021 on Netflix.

Talking about Wonder Woman 1984, the film also stars Chris Pine, Kristen Wiig in key roles. The film picks up with Gal Gadot’s Amazonian hero avatar battling her way during the Cold War. She will be seen fighting two arduous enemies — Maxwell Lord (Pedro Pascal) and Cheetah. Wonder Woman will also be seen reuniting with her past love, Steve Trevor in this film. The film also has Robin Wright and Connie Nielsen in pivotal roles as well.

(The above story first appeared on LatestLY on Dec 06, 2020 08:49 AM IST. For more news and updates on politics, world, sports, entertainment and lifestyle, log on to our website latestly.com).