Earlier this week, Cabello, who split from Shawn last month after two years of dating, took to her Instagram stories to tell her followers she will not be online again until 2022. 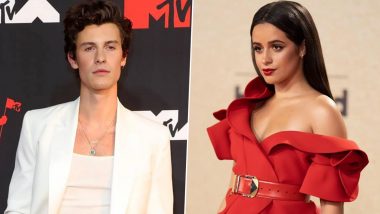 Award-winning singer Shawn Mendes is having a "hard time" with social media, just days after his former girlfriend Camila Cabello announced she was taking a break from social media. Mendes said: "I'm a having a little bit of a hard time at the moment and just kind of my relationship with it." However, the singer is grateful to his fans for sending him their feedback about his new song 'It'll Be Okay', reports femalefirst.co.uk. Shawn Mendes And Camila Cabello End Their Romantic Relationship After Two Years Of Dating – Read Statement.

He added: "But I have lots of people sending me videos and telling me what's going on. I think that when I make music, the ultimate goal is to kind of be sitting there and have my own truth revealed to me.

"A lot of the time when I'm writing songs, I'm using music as a platform to be able to get to a place inside myself that I wouldn't be able to get to by just talking to people or thinking about it. Here’s The Real Reason Why Camila Cabello and Shawn Mendes Brokeup After Two Years of Dating.

"I see a lot of TikToks of people crying and getting emotional and stuff, and I hope that's because there's some truth in the song, and there lies honesty in it. I just feel so proud of that song and I'm so grateful you guys are connecting with it, and I feel so grateful that people are being vulnerable with it and people are just having fun with it."

Earlier this week, Cabello, who split from Shawn last month after two years of dating, took to her Instagram stories to tell her followers she will not be online again until 2022. She wrote: "going on a lil social media detox till the new year, just wanna spend a little less time on my phone this week x love y'all."

(The above story first appeared on LatestLY on Dec 31, 2021 05:44 PM IST. For more news and updates on politics, world, sports, entertainment and lifestyle, log on to our website latestly.com).