American actor Jeremy Strong, widely known for his role in the HBO hit series Succession, will essay the role of Dr Jonas Salk, the inventor of the polio vaccine, in the upcoming biographical movie Splendid Solution. 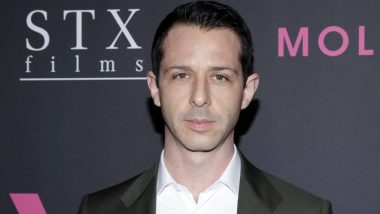 American actor Jeremy Strong, widely known for his role in the HBO hit series Succession, will essay the role of Dr Jonas Salk, the inventor of the polio vaccine, in the upcoming biographical movie Splendid Solution. As per Variety, the forthcoming film is a co-production between Bron Studios and 21 Laps Entertainment. Gillian Weeks will adapt the movie's script from Jeffrey Kluger's 2004 New York Times best-selling novel of the same name. Jamie Foxx’s Mike Tyson Biopic Is Moving Forward as a Limited Series.

The novel follows Dr Salk on his quest to find a cure for the deadly virus. Kluger's 1994 book 'Lost Moon: The Perilous Voyage of Apollo 13' was also the inspiration for Ron Howard's Oscar-nominated 'Apollo 13'. The film will be bankrolled by Shawn Levy and Dan Levine for 21 Laps Entertainment, with Becca Edelman and Emily Feher overseeing the project. Emmy-winning actor Strong, who most recently featured in Aaron Sorkin's courtroom drama 'The Trial of Chicago 7', will also serve as executive producer alongside Bron's Brady Fujikawa and Ashley Levinson. Paramount’s Bee Gees Biopic Gets Kenneth Branagh as the Director.

Bron's Jared Kramer brought the project to the studio and will oversee the film. The movie will chronicle Salk's triumphant quest to create the vaccine for polio. His battle against the virus, his perseverance, and his eventual triumph made him an icon. In 2020, Strong won the Emmy for outstanding lead actor in a drama series for playing Kendall Roy on HBO's 'Succession'.

Strong has also appeared in five best picture Oscar nominees over the last decade including 'Lincoln', 'Zero Dark Thirty', 'Selma' and 'The Big Short', with Aaron Sorkin's 'The Trial of the Chicago 7' as his most recent contender. Strong portrayed activist Jerry Rubin in the film. The actor will next reprise his role of Kendall Roy in the third season of 'Succession'.