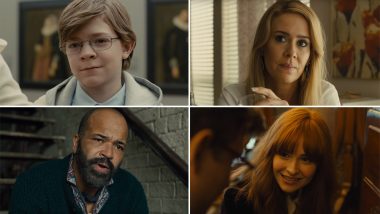 Donna Tartt's Pulitzer Prize-winning novel, The Goldfinch has been adapted for an upcoming film by the same name starring Ansel Elgort of Baby Driver and The Fault In Our Stars fame, in the lead. The trailer of The Goldfinch has now been released and it looks like a perfect moving drama for Tartt's painful story. The film revolves around Theodore Decker, who loses his mother as a child in a terrorist bombing at an art museum. The film follows Decker over the years, as he struggles to let go of the dark time and move on with life.

The film also stars, Nicole Kidman, Jeffrey Wright, Sarah Paulson and Oakes Fegley as the young Theodore. The Goldfinch has been directed by John Crowley, director of the BAFTA Award-winning film, Brooklyn. According to the film's trailer, the story shuttles between a young Theo and later when he is in his 20s. The film has been scripted by scripted by Peter Straughan.

Take a look at The Goldfinch trailer here:

The trailer certainly hooks you enough to suck you into Theo's story. Considering the high emotional pitch of Tratt's novel, it does seem like Crowley has tapped into the right layers of Theo's character and that Ansel given his previous filmography seems like the perfect choice for this role. Onward First Look: Tom Holland and Chris Pratt Team Up Again, Not for Marvel But a Disney-Pixar Film!

Slated for release on September 13, 2019, The Goldfinch is produced by Warner Bros. Pictures, in association with Amazon Studios.

(The above story first appeared on LatestLY on May 30, 2019 04:39 PM IST. For more news and updates on politics, world, sports, entertainment and lifestyle, log on to our website latestly.com).