Malvi Malhotra, Actress, Gets Stabbed With A Knife By Producer Yogesh Kumar: Reports

Malvi Malhotra is reportedly known for her works in the film and television industry. According media reports, the actress has been stabbed with a knife by a producer named Yogesh Kumar. 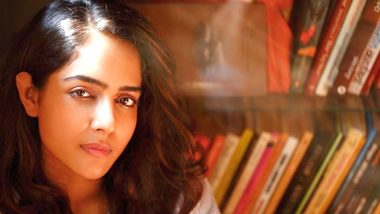 Malvi Malhotra is reportedly known for her works in the film and television industry. According media reports, the actress has been stabbed with a knife by a producer named Yogesh Kumar. Malvi was stabbed four times on her stomach. She is currently being treated at Mumbai’s Kokilaben Dhirubhai Ambani Hospital and her health condition is said to be stable. Himanshi Khurana's Car Tyres Stabbed With A Knife, Actress Tells Miscreants 'You Can't Scare Me Or Dissuade Me From Working'.

A complaint has been lodged at Mumbai’s Versova Police Station, reports PeepingMoon. About the incident a source was quoted as saying, “Malvi stepped out of her house on Monday night when Yogesh Kumar came in an Audi came in front of the actress and tried to talk to her. When Malvi refused to talk to him, he attacked her with a sharp knife, not once, not twice but four times. Seeing the people present at the scene, the producer escaped in the car.”

Malvi Malhotra reportedly shared to the police officials that she met Yogesh Kumar in 2019 through Facebook. The two met in January this year and the latter even asked the actress to team up for a video album. The producer recently proposed Malvi for marriage and she turned it down. Not just that, the actress even blocked him on social media platforms.

Malvi Malhotra had recently returned back to the city after completing a shoot in Dubai. Yogesh was reportedly following the actress as soon as he got to know she is back to bay. Versova police has also found clues from the CCTV cameras that are installed where the incident happened.

(The above story first appeared on LatestLY on Oct 27, 2020 01:34 PM IST. For more news and updates on politics, world, sports, entertainment and lifestyle, log on to our website latestly.com).