Santhosh Narayanan is known for his works in the Tamil industry. It was in 2012 when he had made his debut as a composer with the film Attakathi. 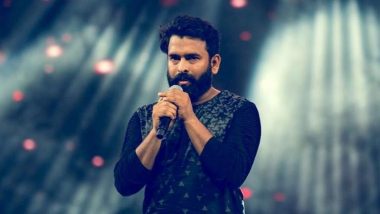 Andhadhun, the Hindi film, starred Ayushmann Khurrana, Tabu and Radhika Apte in the lead. It was in August last year that it was confirmed that Andhadhun would be remade in Tamil and it would be helmed JJ Fredrick. It was also been confirmed that Thiagarajan’s son Prashanth would step into Ayushmann’s shoes. As per latest reports, Santhosh Narayanan has been roped as the music director for Andhadhun Tamil remake. Andhadhun Tamil Remake Confirmed! Thiagarajan’s Son Prashanth to Step into Ayushmann Khurrana’s Shoes.

Santhosh Narayanan is known for his works in the Tamil industry. It was in 2012 when he had made his debut as a composer with the film Attakathi. He has composed music for Jigarthanda, Iruthi Suttru, Vada Chennai, among others. Thiagarajan, who is bankrolling the Tamil remake told TOI, “Amit Trivedi had done a fabulous job and broke conventional patterns in the film. I could only think of Santhosh who could work here on different genres. He only records using symphony and orchestra.” He also stated, “We’ve signed him for the film and he has gracefully accepted the challenge.”

Reports are rife that Simran Bagga has been finalised to play Tabu’s role in the Tamil version of Andhadhun. It is yet to be revealed who would be playing Radhika Apte’s role. Andhadhun Tamil remake is set to go on floors in January 2021!

(The above story first appeared on LatestLY on Dec 17, 2020 11:21 AM IST. For more news and updates on politics, world, sports, entertainment and lifestyle, log on to our website latestly.com).