Anushka Shetty shot to fame across the globe for her role as Devasena in S.S. Rajamouli's magnum opus Baahubali. The film was not just a blockbuster but the actors performance in it were also praised. Anushka who would be seen in a cameo in Sye Raa Narasimha Reddy, has reportedly been injured on the sets of the film. 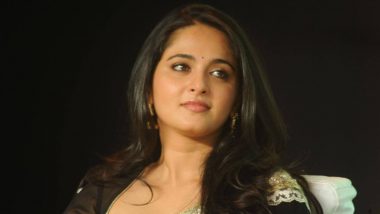 Anushka Shetty would be seen in a cameo in Sye Raa Narasimha Reddy, directed by Surender Reddy. The 37-year-old actress who recently started to shoot for the film and that’s when she met with a minor accident, reports Tollywood.net. The report also mentions that the actress did not want the news to splash across social media and hence secretly managed to visit a clinic and get it treated. However, this was informed to the website by an insider. Chiranjeevi’s Farmhouse Gutted in Fire, Sye Raa Narasimha Reddy Film Sets Damaged (Watch Video).

It was just two days ago when the makers announced that the shooting of Sye Raa Narasimha Reddy has been completed. In fact few pictures were also shared on social media. Rathnavelu tweeted, “Syeraa shooting completed !!Thanx to each n every member of Team Syeraa for their hard work n cooperation .A memorable journey indeed!! Movie has shaped out extremely well. Kick started the DI too @KonidelaPro @DirSurender”. Produced by Ram Charan, Sye Raa Narasimha Reddy is slated to hit the screens in 2020.

(The above story first appeared on LatestLY on Jun 26, 2019 10:55 AM IST. For more news and updates on politics, world, sports, entertainment and lifestyle, log on to our website latestly.com).