Bigil: Shah Rukh Khan and Vijay Are NOT Coming Together For The Atlee Directorial 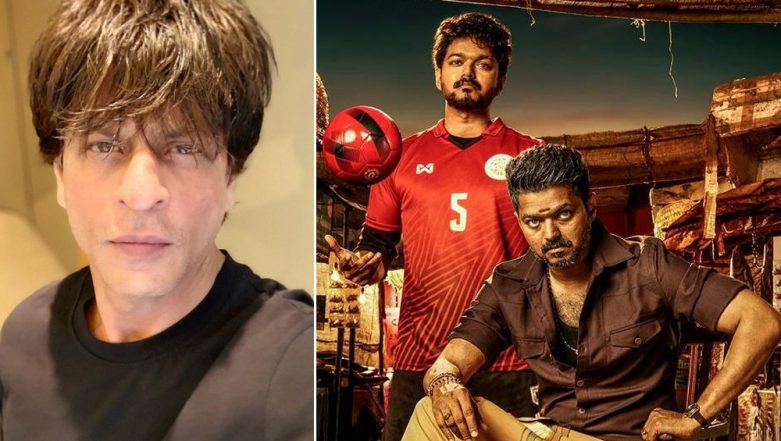 Vijay starrer Bigil has been in the news since the day the posters of this Tamil film were released. On his birthday, the fans got a double treat as the makers released the stills from his new movie where he will be seen in a double role. He plays the role of a father and son in the action-sports drama. The fans were now even more elated to know that Bollywood star Shah Rukh Khan has been roped in in the film for a dance or to play an antagonist. However, Vijay’s team denied the rumours recently. Thalapathy Vijay Starrer Bigil Shooting to Complete in August?.

Speaking to India Today, a source from the team told, “We don't know what fuelled these rumours, but Shah Rukh Khan is definitely not doing a cameo or any role in the film. This is baseless speculation."

There goes the dream of watching these two stars collaborating for a big budget movie down South. It was also said that they would groove on a song composed by AR Rahman for this flick. It wouldn’t have been a surprising move, especially after SRK’s musical tribute to South star Rajinikanth through “Lungi Dance” in Chennai Express. Earlier, King Khan was spotted with director Atlee during an IPL match in Chennai. That ignited the speculations of these two working on a film. However, he is not a part of this Atlee directorial starring Thalapathy Vijay. The film will hit the screens in October 2019. Meanwhile, Vijay's both the looks as a football player and father have won the audience. He looked perfect in a salt and pepper look with light eyes.