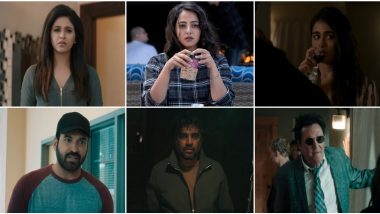 Nishabdham: Ranking The Main Cast's Characters From Least Irritating to the MOST! (Photo Credit: Amazon Prime)

The multi-lingual horror-thriller Nishabdham aka Silence came out on October 3 on Amazon Prime Video. Okay, let's not call it a horror-thriller, for there is nothing scary about the film. Except for the fact that how bad it turns out to be. Nishabdham, shot in Tamil, Telugu and English, is directed by Hemant Madhukar. It features an interesting star cast in Anushka Shetty, R Madhavan, Anjali, Subbaraju, Shalini Pandey, Srinivas Avasarala, along with Hollywood star Michael Madsen. And wastes their talents in some very illogical character development. Nishabdham Movie Review: Anushka Shetty-R Madhavan’s Amazon Prime Film Is Lazy Thriller With a Lazier Michael Madsen.

Nishabdham begins with the tale of a mansion in an American county, where a double murder had happened and the murderer is never caught. The house gets a spooky reputation and is left abandoned. Years later, a celebrity musician (R Madhavan) and his deaf-n-mute fiancee (Anushka Shetty) rents the house for a vacation. Something horrendous happens that very same morning, leaving the musician dead and the fiancee injured and disoriented. It is upto a Telugu speaking Indian cop (Anjali) and her American senior officer (Michael Madsen) to solve the mysterious case.

Nishabdham, despite what looks to be an intriguing premise, is poorly directed and edited, with a very unconvincing script. The performances of nearly every actor disappoints, and even their characters are also not well-etched. The movie depends heavily on narration and exposition, and then suddenly switches narrators mid-way. In short, Nishabdham is very deafening when it comes to how awful it is.

In this special feature, we look at each of the main characters we see in the film and rank them from the LEAST Irritating to the MOST! Needless to say, there are plenty of SPOILERS ahead, so read with caution! 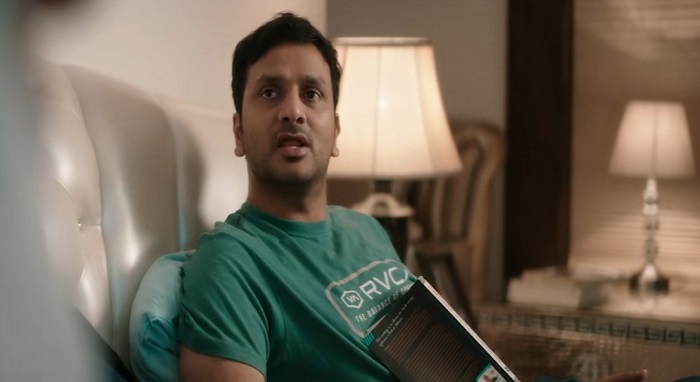 His only flaw was trying to anglicise his name as 'Full Moon' Rao, and thinks it's a cool enough name as Manoj Night Shyamalan. Otherwise he is a pretty supportive husband who saves his inept spouse from getting killed herself a couple of times. BTW, which parent allows their young, impressionable daughter to play gruesome videogames? 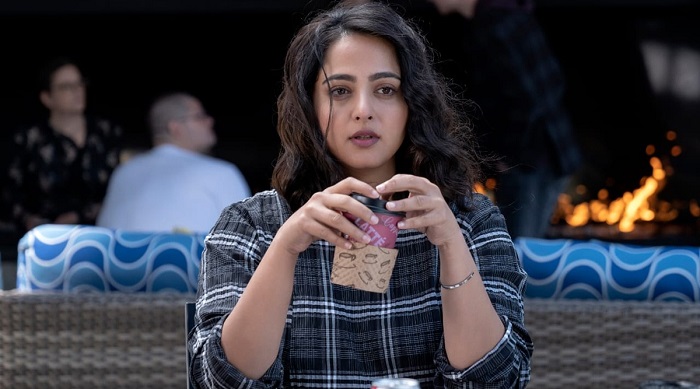 Was it required for Sakshi to be even deaf-n-mute? But that's not the character's problem, that's the writer's! As a character, Sakshi is silly enough to choose the wrong guys for herself - from a flirt who hits on her best friend to a vicious serial killer. And the one nice guy she knows, she puts him in the friendzone and tries to hitch him up with her BFF. Also she thinks American PD works the same way as Indian police in cinema, and instead of reporting the murder of her friend to FBI as Vivek suggests, she comes out with the most far-fetched murder plan. 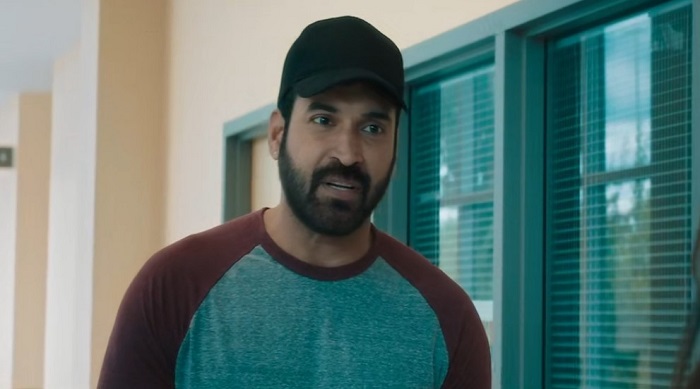 He might be a nice guy, who looks to be harbouring feelings for Sakshi, but lacks the guts to tell her. And then readily agrees to date her crazy friend, when she suggests that. Even though we never get to see their relationship blossom much, he goes on to claim that her death has devastated him the most. Thankfully, he is rudely reminded that's not true by the dead girl's BFF, Sakshi. Also after being chased by a cop for thinking he was Sakshi's killer one night, Vivek comes up the next day wearing the same sweater. Well, it was good for him that cop who did the chasing (we will get to her in some time) fails to recognise him. One more thing, dear Vivek, we don't say 'deaf-and-dumb' anymore! Considering you say you have a hearing impaired sibling, you should know better! 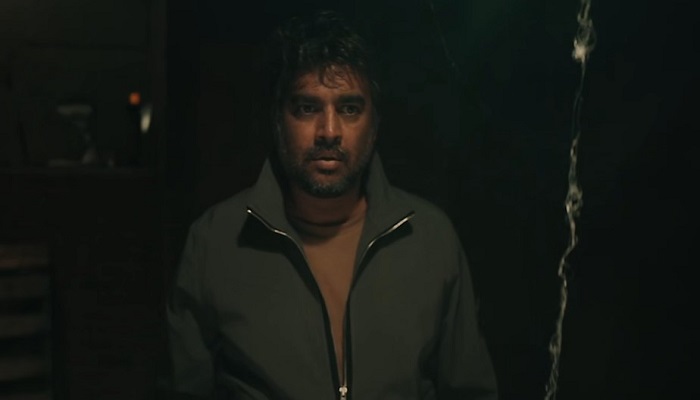 Anthony Gonsalves - who has nothing on Amitabh Bachchan's character in Amar Akbar Anthony  - represents the film's confused state. On one hand, he is boring enough that his first wife began to have an extra-marital affair, turning him into a serial killer. On the other hand, he is charming enough to make girls seek an affair with him behind their partners. What could have been an interesting character is undone by the fact that he gets little screentime and is padded with some really bad character development. Considering we saw R Madhavan do some fine job as a serial killer in Breathe season 1, this one turns out to be a fiasco! Nishabdham: R Madhavan Feels His Film Releasing on Amazon Prime Video During COVID-19 Pandemic Is a Complete Blessing. 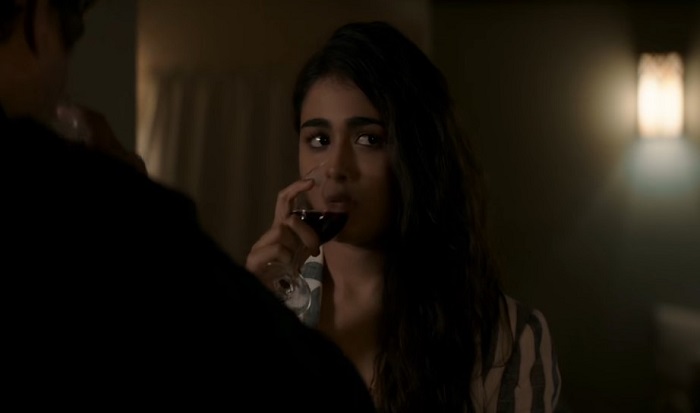 Okay, what exactly is Sonali's deal? I understand that she and Sakshi are thick friends since childhood, growin up as orphans together. But she actually behaves like a two-year-old child tugging around her mother. When a two yo does that, it's cute. But when a twenty something does that, it's not so cute. The fact that she stabs Sakshi's date with a fork when he tried to reciprocate her fake advances, also shows she is a psychopath. Sure, she shouldn't have died the way she did, but at least you can give her points for sniffing out the horrible bad men! 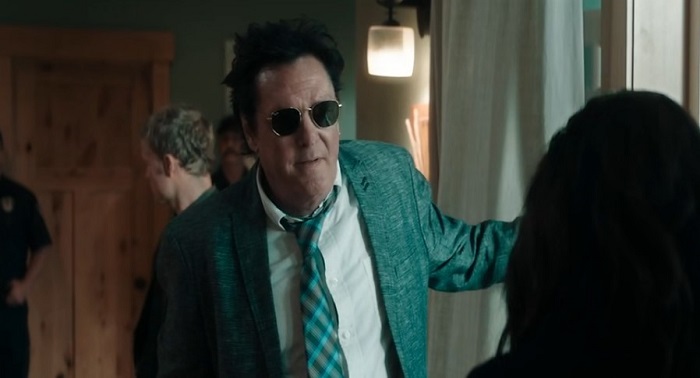 Before we talk about the character, let's talk about Michael Madsen the actor. The Madsen we see here is not the one who does a scary job of chopping off a cop's ear while dancing to "Stuck in the Middle with You" in Reservoir Dogs. The Madsen we see seems to borrow the swag of KRK, the lack of interest from Sanjay Dutt and histrionics from Tommy Wiseau. His voice is dubbed, his expressions are all haywire and the actor looks a total sorry excuse. Which is exactly why his character of the drunken cop, who turns out to be in league with the serial killer, turns out to be very bad. Otherwise, this could have been an interesting one - a drunken loser, who helps the serial killer in what they think is a cleansing process of wiping out all unfaithful women. Men of course are hardly at fault here. If they both had been alive, they would have surely got tickets in Indian elections. Richard could have landed in the bottom if it was not for his subordinate... 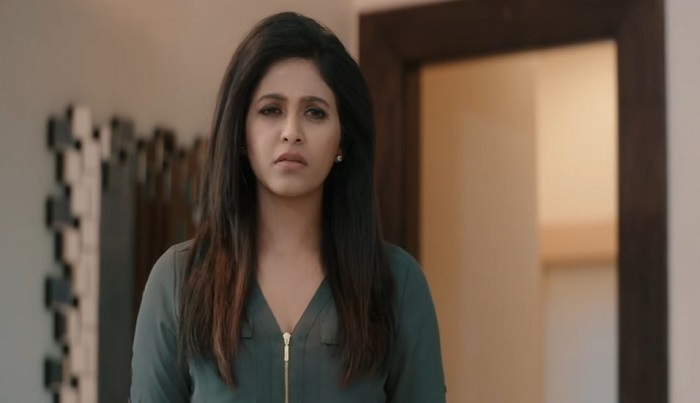 The winner of the most inept police officer seen in recent cinema goes to Maha Lakshmi. During the middle of the investigation, she is more excited about meeting a fellow native. Maha is willing to write off Anthony's murder case, because she has run out of witnesses. Only to be reminded that she needs to re-question the one survivor of the incident - Sakshi, who could be the potential killer (and turns out to be that, in the end). Even though she is a police officer, blood and dead bodies make her nauseous, and she needs her husband - a civilian - to save her in a sticky situation, instead of her colleagues. Maha couldn't recognise Vivek was the man she chased when she caught him intruding at Sakshi's house, though he wore the exact same sweater the next day and had the same gait as the intruder. She does realise that Richard had a hand in a fellow police officer's death and had something to do with Anthony, but the way she goes about in trying to figure out the truth shows her lack of experience. If it wasn't for her husband, she could have been dog fodder!

(The above story first appeared on LatestLY on Oct 04, 2020 07:15 PM IST. For more news and updates on politics, world, sports, entertainment and lifestyle, log on to our website latestly.com).