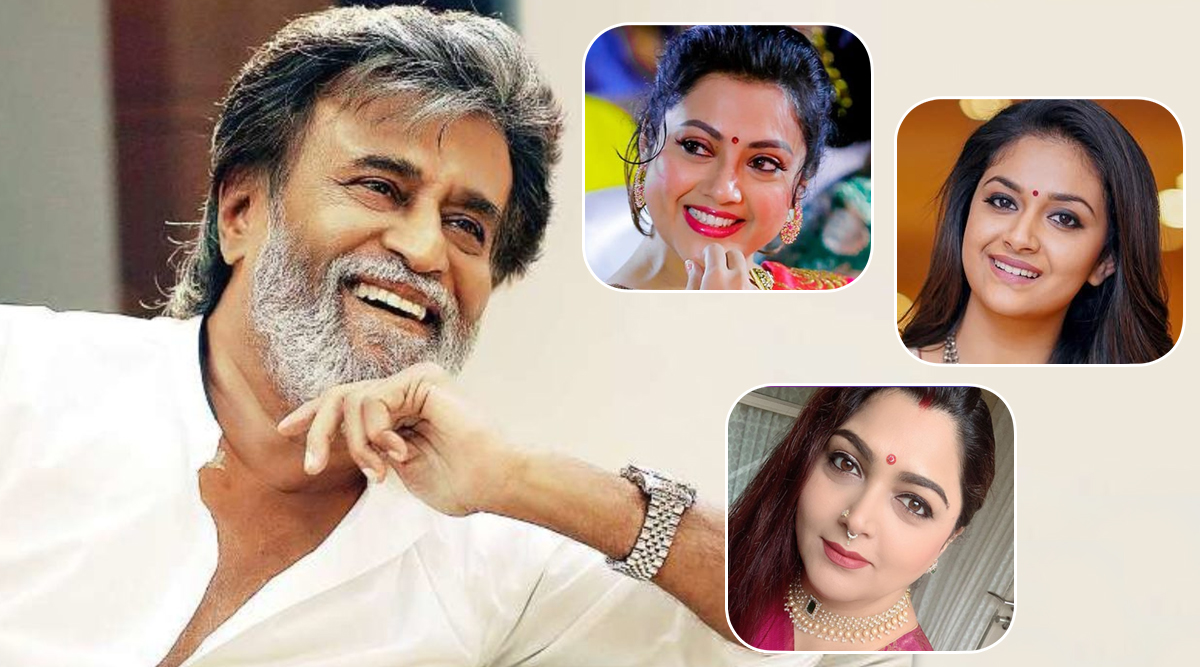 Thalaivar fans have been eagerly waiting to know who all would be a part of his upcoming flick. Well, the names of actresses joining Thalaivar 168 have been announced. Meena, Keerthy Suresh and Khushbu have joined the Rajinikanth starrer, and fans are super-duper excited. The cast details itself have grabbed everyone’s attention. Today the puja ceremony of Thalaivar 168 film is been held for which Meena and Khushbu have joined the superstar and the team. Pics from the puja ceremony are all over the internet and fans just cannot stop gushing about the trio Meena – Rajinikanth – Khushbu. Is Actress Meena Superstar Rajinikanth’s Heroine in Thalaivar 168?

For the unversed, this is the first time that National Award-winning actress Keerthy Suresh would be acting with superstar Rajinikanth. The actress who was super excited about it shared across social media platforms, “From fan girl to sharing the screen with Thalaivar in his next, this journey is more than what I've wished for! Grateful for this opportunity, can't wait to share the experience with you all! #DirectorSiva sir @sunpictures @immancomposer #Thalaivar168.” Rajinikanth and Director Siva Team Up For Thalaivar 168, Confirms Sun Pictures! (Watch Video).

Khushbu has worked with Rajinikanth in the past in films – Annamalai and Pandian. It is almost after 28 years that these two have collaborated for a project. An actor-politician now, while sharing the good news wrote, “The wait was worth it..doing a Tamil film (full fledged) after almost 9yrs..and what can be a better way to start.. #SuperStar #Thalaivar168”.

Meena is a popular face in the South Indian film industry. She has worked across industries in her acting career. Meena has worked with the superstar in the past and now after 24 years she is all set to work with him once again.

Meena And Khusbu With Rajinikanth

Prakash Raj and actor Soori are also playing key roles in Thalaivar 168. This upcoming flick is directed by Siva. The film’s music is composed by D Imman and will be produced under the banner of Sun Pictures.