Three youngsters, fans of Jana Sena Chief Pawan Kalyan, lost their lives after they were electrocuted. Three others were also injured in this incident. 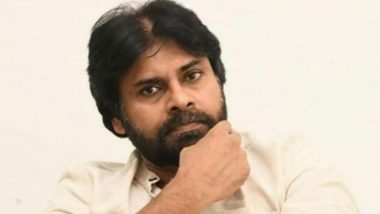 Three youngsters, fans of Jana Sena Chief Pawan Kalyan, lost their lives after they were electrocuted. Three others were also injured in this incident. It happened at the Shantipuram area in Chittoor district of Andhra Pradesh when these fans of Pawan Kalyan were erecting a banner ahead of the actor’s birthday. The iron railing of the banner they were erecting came in contact with a live wire, reports TOI. Team Vakeel Saab has expressed their heartfelt condolences to the families of the deceased. Andhra Pradesh: 3 Electrocuted to Death While Erecting Pawan Kalyan's Poster in Chittoor.

Very very Sad to know about the demise of three#PSPK fans in an electrocution accident .😢

My heartfelt condolences to my brothers who lost lives .

Lots of strength to families

& Praying for their speedy recovery of others who r recovering 🙏🏻

May their soul rest in peace pic.twitter.com/WZOKuZuma5

This isn’t the first time that fans of Pawan Kalyan has died due to electrocution. Two years ago, when the actor was paying a visit to Payakaraopeta in Vizag, the Jana Sena Chief’s supporters were electrocuted when they tried to erect a banner in his honour.

(The above story first appeared on LatestLY on Sep 02, 2020 09:46 AM IST. For more news and updates on politics, world, sports, entertainment and lifestyle, log on to our website latestly.com).