Tovino Thomas Birthday Special: From Minnal Murali to Virus, 7 Best Films of the Malayalam Star per IMDb (and Where To Watch Them Online)

Tovino is easily one of the most in-demand stars in Malayalam cinema. Though he is enjoying success as the lead star, Tovino is not averse to taking up smaller roles in other movies that is packing in impact. Like what he did in Lucifer and the recent Kurup. 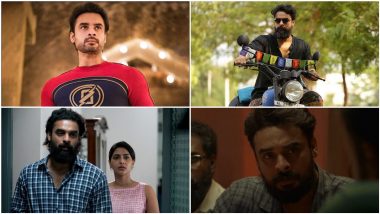 On Tovino Thomas' Birthday, Looking at 7 Best Films of the Actor As Per IMDb (Photo Credit: Twitter)

Tovino Thomas is on a roll these days. The actor had multiple films releasing last year in 2021, and each of them won him quite the critical acclaim. Kala, Kaanekanne and Minnal Murali have turned him into a darling of critics, especially Minnal Murali - Malayalam Cinema's attempt at making a superhero film and being successful at that. The film released on Netflix has not only managed to top the platform's domestic rankings, but also performed well internationally. With praises coming all over for the actor, we are now waiting for Tovino to announce his Bollywood debut soon! Tovino Thomas Birthday Special: From ABCD to Lucifer, 7 Movies Where This Handsome Malayalam Star Stole the Show Even in a Supporting Capacity.

Remember when Nivin Pauly said in Thattathin Marayathu "Malayalikalku enthinada six packs?"(why do Malayalis need six-packs?). Tovino Thomas is an exception to that. Beginning his career in a small role in a 2012 Malayalam movie called Prabhuvinte Makkal, Tovino gained mainstream recognition with his second film, ABCD: American-Born Confused Desi, where he played an anti-hero. His striking good looks, charming performance with a touch of humour gave him attention in a film dominated by Dulquer Salmaan.

Tovino did a couple more films where he played the villain including the Tamil film Maari 2. In You Too Brutus, he was a scene-stealer with comic timing. Though he was not the main lead, Tovino had important roles in movies like Ennu Ninte Moideen, Charlie, Monsoon Mangoes and Ezra, and he got appreciation for his performances. Three movies - Guppy, Oru Mexican Aparatha and Godha pushed him into being a successful solo male lead role, from thereon, Tovino has quite the ride. Like with Fahadh Faasil, he 'mainstreamed' onscreen kissing in an industry that is still queasy about liplocks and the success of Theevandi is a proof of that.

Now Tovino is easily one of the most in-demand stars in Malayalam cinema. Though he is enjoying success as the lead star, Tovino is not averse to taking up smaller roles in other movies that is packing in impact. Like what he did in Lucifer and the recent Kurup.

On the occasion of the actor's birthday, let's look at seven best films of Tovino according to IMDb (with more than 1000 votes) and where to watch them online. 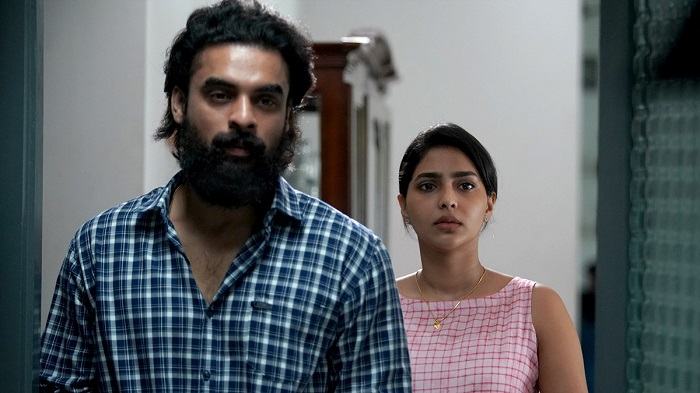 One of 2021's better movies in Malayalam cinema, this powerful drama dealt with themes of guilt, grief and redemption. The movie got a lot of appreciation for the performances of Tovino, Suraj Venjaramoodu and Aishwerya Lakshmi. Kaanekkaane is streaming on SonyLIV. Kaanekkaane Movie Review: Suraj Venjaramoodu, Tovino Thomas and Aishwarya Lekshmi’s Film Is a Heartrending Exploration of Grief, Guilt and Absolution. 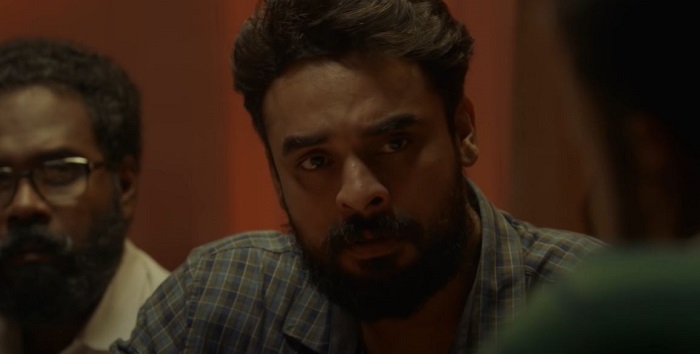 Aashiq Abu's portmanteau film based on 2018's Nipah outbreak in North Kerala gained a lot of traction when COVID-19 pandemic broke out in India in 2020. Even otherwise, this Contagion-inspired film won appreciation on how it handled its huge cast, the tribute it gave to medical fraternity and offered some powerful moments in the process. Tovino's role as the conscientious Collector was a standout, especially the scene where he convinces ambulance drivers to help in ferrying dead bodies and patients. Virus is streaming on Amazon Prime Video. Watching Virus in the Times of COVID-19: 7 Lessons the Entire Nation Can Learn From Aashiq Abu’s Malayalam Medical Thriller. 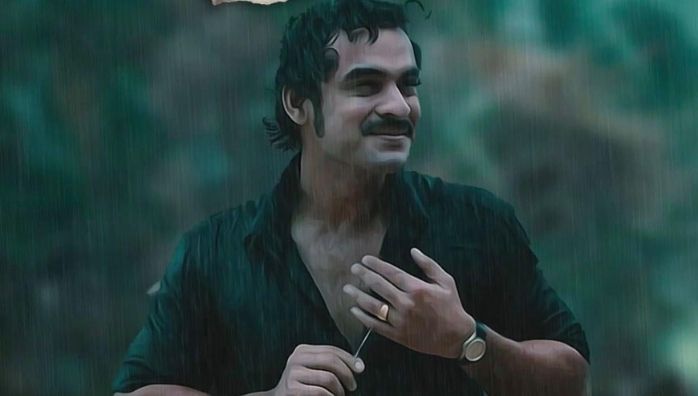 Another real-life based movie, this acclaimed tragic love story of Kanchanamala and Moideen focussed on Prithviraj and Parvathy's characters. Tovino who plays Kanchana's cousin nursing a soft corner also managed to create an impression for himself, earning Best Supporting Actor in Filmfare South. Ennu Ninte Moideen is streaming on Disney+ Hotstar. 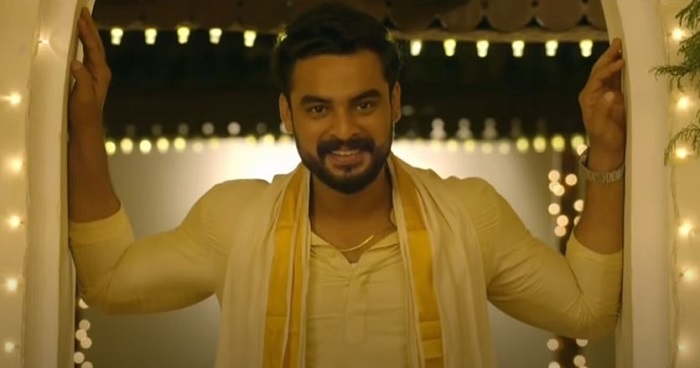 Martin Prakkat's Charlie is driven by some lovely visuals, feel-good bohemian themes and the performances of Dulquer Salmaan and Parvathy. Tovino had a brief role in the film. Charlie is streaming on MX Player and SunNXT. 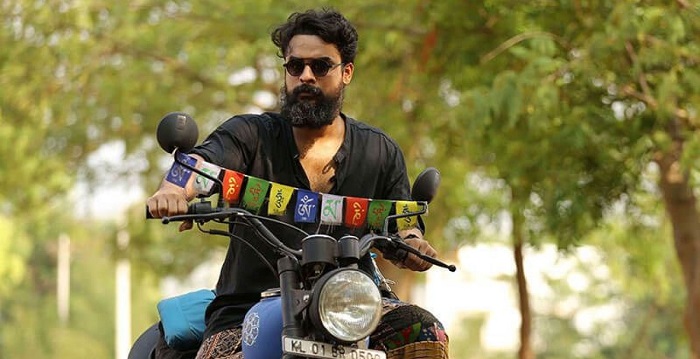 A heartwarming story that focuses on the prickly equation between a teenage boy living in a beachside village and a vain engineer, played by Tovino, who comes to construct a bridge there, Guppy was much loved by critics and was a sleeper hit with viewers. Guppy is streaming on Amazon Prime Video. 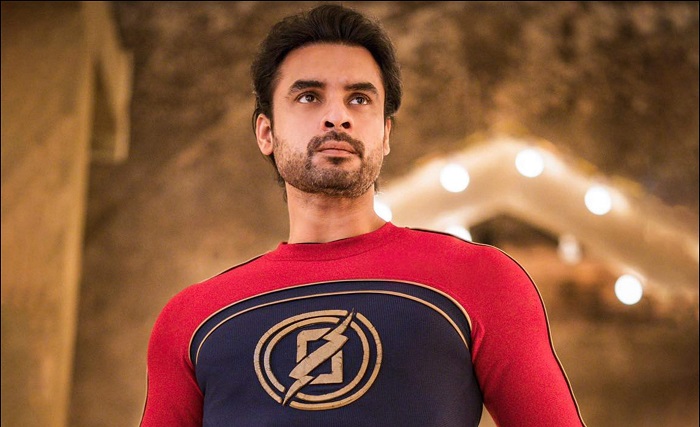 Tovino's most recent film has managed to crack into his best films on IMDb, that too in second rank. Directed by Basil Joseph, Minnal Murali is about a young man in a village who gains superpowers after a freak incident, and as he uses them to gain popularity in the village, he finds out  there is another person who has gained similar powers. Minal Murali is streaming on Netflix. Minnal Murali Movie Review: Tovino Thomas Gives Malayalam Movie Buffs a Superhero Worth Rooting for in Basil Joseph’s Netflix Film. 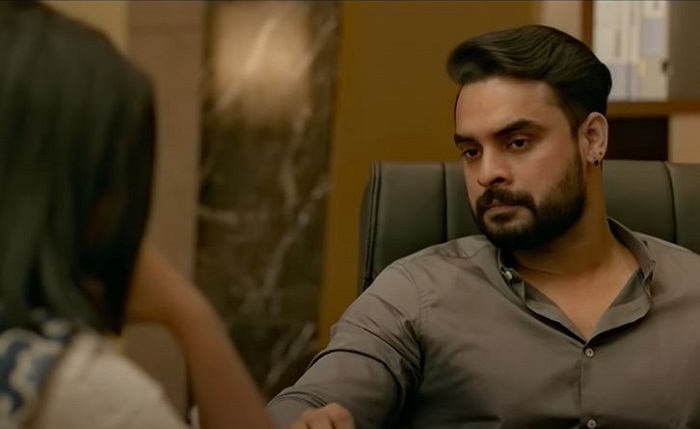 Uyare is a Parvathy film out and out, with the actress putting up a splendid performance as an acid attack survivor who works on her ambitions to become an air hostess. As one of two male leads, Tovino Thomas also won much adoration as her support system in helping her reach her dreams, while staying in the capacity of her friend. Uyare is streaming on Netflix and Amazon Prime Video. Before The Great Indian Kitchen, 7 Recent Malayalam Movies That Boldly Smashed Patriarchy, Misogyny and Sexism.

Author's Note: If the writer has to pick a Tovino film as his favourite, but excluded in the above list, it would be Aashiq Abu's subliminal Mayaanadhi, where Tovino plays a conman on the run and Aishwarya Lekshmi his old flame who is a struggling actress. The movie is streaming on SunNXT.

(The above story first appeared on LatestLY on Jan 21, 2022 02:50 PM IST. For more news and updates on politics, world, sports, entertainment and lifestyle, log on to our website latestly.com).