It was reported yesterday that Malayalam actor Tovino Thomas has been injured on the sets of Kala. It was also stated that actor has been admitted to the ICU in a private hospital in Kochi. 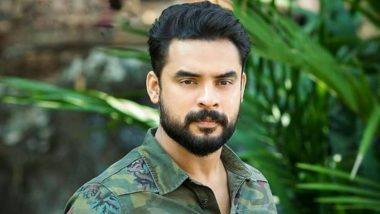 On October 7, reports splashed across that Malayalam actor Tovino Thomas has been injured on the sets of his upcoming film titled Kala. It was also stated that actor has been admitted to the ICU, in a private hospital in Kochi, as he suffered internal bleeding. There was no clarity on what exactly happened, and fans just wished for his speedy recovery. As per a report in a leading portal, the actor’s health is now stable, but Tovino is still kept under observation. The report further states that he requires complete rest for three weeks. Tovino Thomas Gets Injured On The Sets Of Kala, Malayalam Actor Admitted To The ICU: Reports.

Tovino Thomas’ close has revealed to TOI what the doctor has stated about the actor’s health status. The source was quoted as saying, “Doctor has asked him to take three weeks rest. The injury happened two days back while shooting an action sequence for Kala. It has huge actions sequences. He was having unbearable stomach pain and was taken to hospital today. There is a nerve bleeding and he will be fine after three weeks rest.” He further stated, “There is an internal hemorrhage and he is under observation.”

Kala, directed by Rohith VS, is a movie with ‘man vs wild’ theme, a concept that will touch upon human evolution. The shooting of this Malayalam film had started in September 7. Kala will be produced under the banner of Juvis Production. Besides Kala, the other project that Tovino Thomas has in his kitty is the superhero film, Minnal Murali, directed by Basil Joseph.

(The above story first appeared on LatestLY on Oct 08, 2020 09:54 AM IST. For more news and updates on politics, world, sports, entertainment and lifestyle, log on to our website latestly.com).