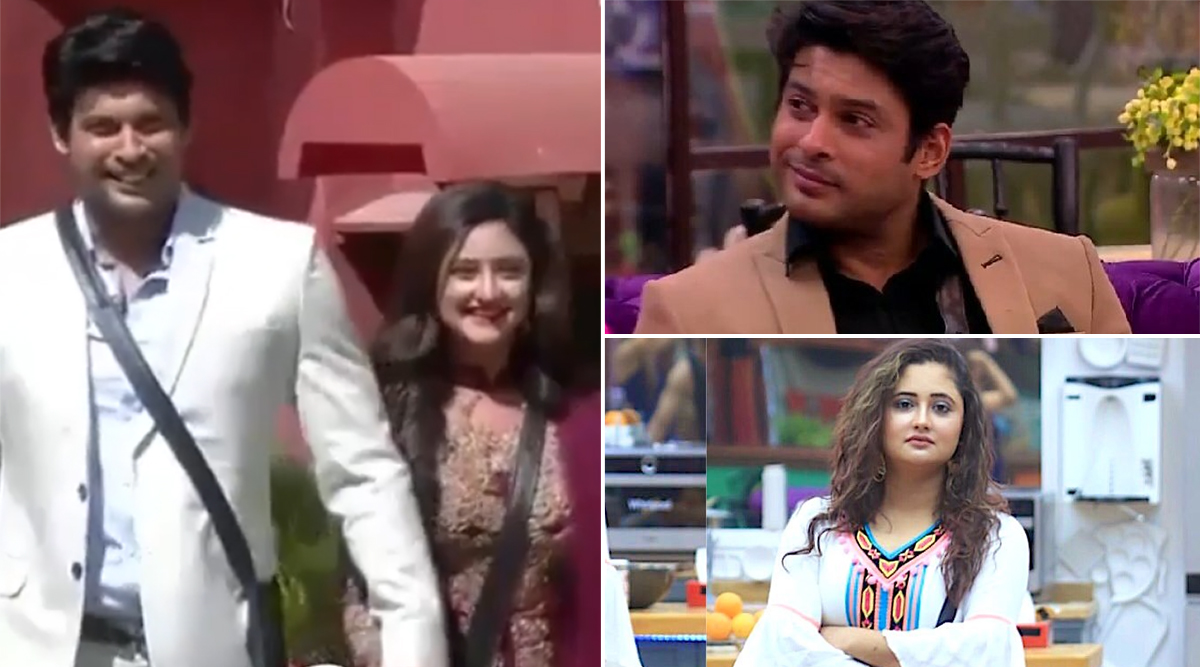 The controversial reality show, Bigg Boss 13 this year started on quite a lukewarm note but later picked up the pace owing to the drama between Sidharth Shukla and Rashami Desai. The two who reportedly dated each other turned into dushmans on the show and fans loved it and how. Currently, Sid and Rashami are still enemies but fight a little less on the reality series. However, we bumped into an old video of Rashami and Sidharth on Instagram which sees the two entering as a guest in the Bigg Boss house during 2017. Quite a blast from the past, must say! Bigg Boss 13: Rashami Desai's Brother Gaurav Slams Arhaan Khan, Says ‘My Sister Was Never On Road'

Rashami and Sid had made their presence felt on the show long back with an aim to promote their daily soap, Dil Se Dil Tak. Well, the point we want to prove here is that back in 2017 both looked so comfortable with one another and also are seen holding each other's hand and entering the show. Cut straight to 2019 and the scenario is changed drastically, now the two do not even like each other's presence. Bigg Boss 13 Takes a Toll on Salman Khan’s Health, Family Asks Him to QUIT the Show.

Here's The Old Is Gold Video Of Shukla And Desai:

Many reports in the past had hinted that the two were seeing each other, but the real reason behind their breakup is still unaware. The most shocking part came in when their hit show on Colors TV, Dil Se Dil Tak came to an end due to Sid and Rashami's fight. While their reel life was all glossy and wow, their real-life still seems messed up and how. Stay tuned!
Comments
Tags:
BB 13 Bigg Boss Bigg Boss 13 Bigg Boss 13 Salman Khan Bigg Boss 13 Weekend Ka Vaar Bigg Boss Updates Dil Se Dil Tak Rashami Desai Salman Khan Sidharth Shukla
Comments
You might also like