Bigg Boss 14: Aly Goni Is Already Fighting With Jasmin Bhasin and We Wanna Say 'But She's Your Best Friend Yaa'

Aly loses his calm seeing Jasmin ignore him. And he screams at her. He also bangs at the glass door. He asks if he should break the glass barrier. Ok, then! This will be interesting to watch. 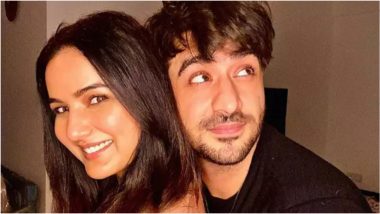 The relationships and dynamics are constantly changing on Bigg Boss 14. Kavita Kaushik and Eijaz Khan went from friends to foes in a matter of a week. In the latest, Aly Goni and Jasmin Bhasin just had their first fight in the house. Since, we first heard about Bigg Boss, Aly's name was doing the rounds as a potential contestant. He did not enter the house in the first or second batch, but went inside much later, two days ago. His friendship with Jasmin Bhasin is, as Bollywood says, world-famous in India. They are often rumoured to be dating. All Bigg Boss Seasons Ranked From Worst to Best.

Jasmin was ecstatic seeing her BFF in the same house as hers. It replenished her soul, that had been battered over the last few weeks. But, as much as good memories are part of a good friendship, so are bad moments. In one such unsavoury moment tonight, Aly will scream his lungs out at Jasmin.

An argument breaks out between Eijaz Khan and Jasmin. The former calls the latter biased. Didn't he save Jasmin from evictions earlier? Well, while the two are arguing, Aly tries to say something to Jasmin, which she, seems like, accidentally ignores. Bigg Boss 14 November 5 Episode: Jasmin Bhasin Becomes the New Captain; Rubina Dilaik Keeps Karwa Chauth Fast for Abhinav Shukla – 5 Highlights From BB14.

Aly loses his calm seeing Jasmin ignore him. And he screams at her. He also bangs at the glass door. He asks if he should break the glass barrier. Ok, then! This will be interesting to watch.

(The above story first appeared on LatestLY on Nov 06, 2020 10:13 AM IST. For more news and updates on politics, world, sports, entertainment and lifestyle, log on to our website latestly.com).