FRIENDS The Reunion: 7 Best Moments From the Special Episode That Brought FRIENDS Together After 17 Years (LatestLY Exclusive) 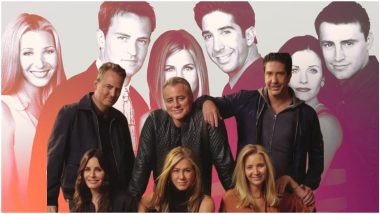 FRIENDS: The Reunion, the much awaited sitcom special, has finally dropped on us, and it is nothing less than a nostalgic treat for all the fans of the show. Even though it ended in 2004, FRIENDS continued to be a global influence over the world thanks to its many reruns and is now easily accessible through Netflix, where it is still a huge hit. The reunion special, however, airs on HBO Max and, in India on Zee5. FRIENDS the Reunion Review: Nostalgic, Heartbreaking, Touching and Somewhat Stretched, ‘The One Where It All Comes Back’!

Now 17 years later, FRIENDS: The Reunion delivers what it promises, bringing the six main stars - Jennifer Aniston (Rachel Green), David Schwimmer (Ross Geller), Courtney Cox (Monica Geller), Lisa Kudrow (Phoebe Buffay), Matt Le Blanc (Joey Tribbiani) and Matthew Perry (Chandler Bing)  - under one roof, and let the nostalgia do its magic. The Reunion episode works best when it allows the returning stars to be on their own devices as they reminisce about the sets, their fave moments, the guest stars and laugh over the bloopers.

Where it falters is the inclusion of the celeb cameos, most of whom has nothing to do with the original FRIENDS series. Even the segment where James Corden host a chat show with the FRIENDS actors is just about okayish. But the positives, aided by sweet nostalgia, is what outweighs the flaws leaving us with a 'special' that is just the dose of nicety we need in these dark times. best savoured only if you are a FRIENDS fan. Friends The Reunion: Twitter Is Obsessed With Phoebe Buffay's 'Smelly Cat' Moment With Lady Gaga!

In this special recap feature, we look at the seven best moments from FRIENDS: The Reunion episode that made us go awww, ohhh and oh no!

The One Where They Walked in The First Time 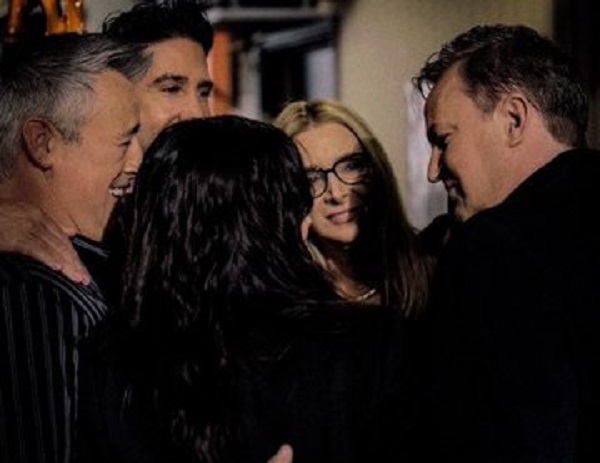 The episode begins on a subtle and apt start, as David first walks into the iconic sets and is immediately hit by nostalgia. Lisa then walks in, followed by Matt, Courtney and finally Perry (with Aniston quipping, 'Could you be any later?'). While we have see a few of them together in Insta clicks and chat shows, the pleasure of seeing them together under one roof of those sets that made them world-famous was something else!

The One With The Re-Created Opening Montage

Another nice touch was bring back the opening credits montage played to The Rembrandts' "I Will Be There For You!" but now mixing old footage with scenes of the stars from the Reunion episode. Lovely!

The One With The Table-Reading Sessions 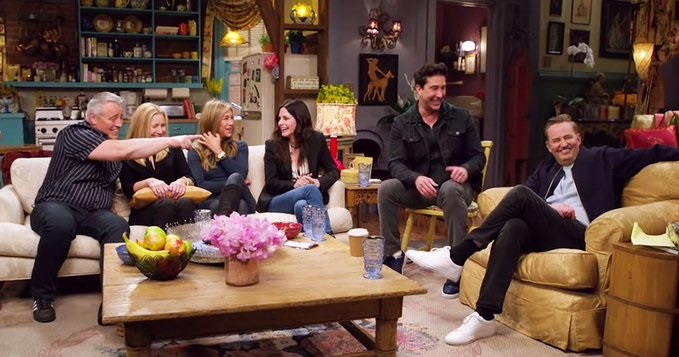 The FRIENDS stars do table-reading sessions where they enact some very popular scenes from the series, which was intercut with the original footage from the sitcom. While Jennifer and David's reenactment of their 'first' kiss at Central Perk was touching, the best was Lisa's doing her perfect retake of the famous 'My eyes... MY EYES!' scene!

The One With the Quiz Show 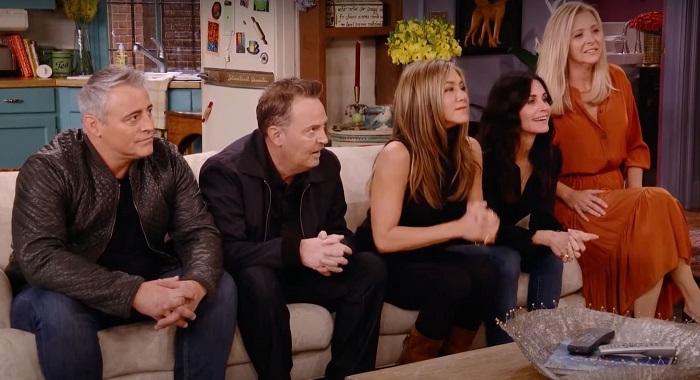 One of the best FRIENDS episode was 'The One With The Embryos', where the girls lose their flat to the boys after losing the quiz on who knows who the best. The reunion episode recreates the scene, with David Schwimmer again playing the quiz-master and Lisa Kudrow, who wasn't originally part of the scene, get to playing with the girls. The segment, while it is shamelessly fan-servicing, allows some of the show's supporting players to make cameos like Mr Heckles (Larry Hankin), Dr Richard Burke (Tom Selleck) and Joey's 'Identical Hand Twin' (Thomas Lennon).

The One With The Global Love 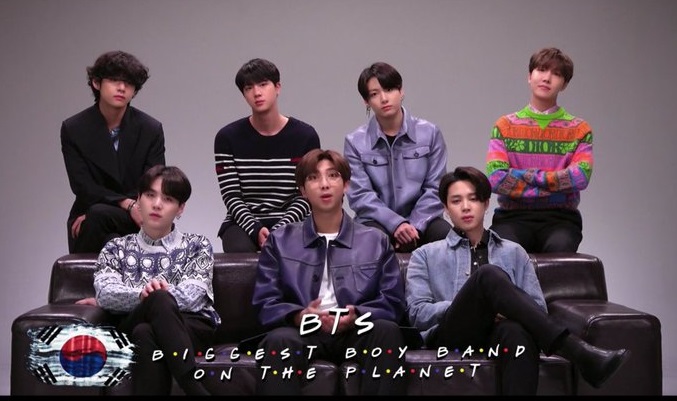 BTS in A Still From FRIENDS: The Reunion

Whether you liked the show or not, you can't deny the major influence FRIENDS has cast worldwide. So the segment where fans across the globe - from Chile to India -  talk about what made FRIENDS their favourite show, reiterates why HBO Max is making a killing with this reunion episode. This segment is so nice, that we didn't mind the cameos of BTS( who did a nice visual tribute) and Malala in there.

The One With Matthew Perry's Confession 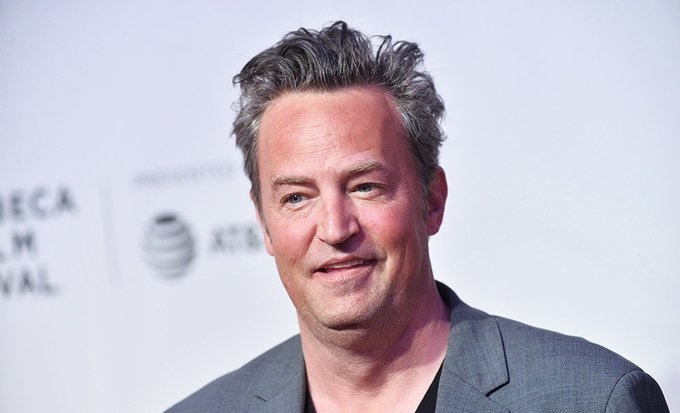 Matthew Perry had the most troubled life among most of the cast-mates with his addiction issues. During the reunion special, while he did crack occasionally, Perry was the most subdued of the lot. When Aniston was raving about how the cast-mates were always in touch with each other, Perry replied nonchalantly that no one ever called him. Later in the episode, he spoke about how, during the sitcom run, he had this anxiety disorder that his jokes might never land, and Lisa Kudrow's surprised reaction at being ignorant about this is very relatable.

The One Where They Close 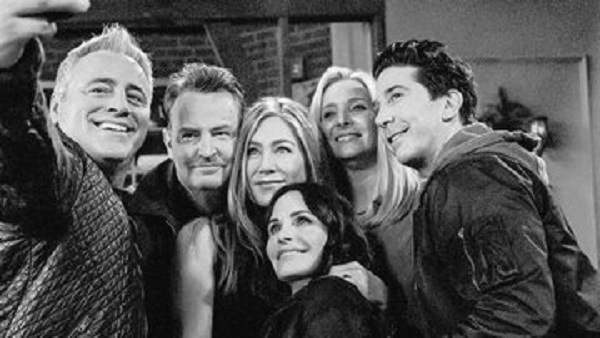 Just like its sweet opening sequence, FRIENDS: The Reunion goes out with a bang, that even sweeter and leaves you with misty eyes. Aptly, the episode mirrors the final scene of the sitcom, recalling the enough heartbreaks that happened knowing that the gang will not return to Central Perk. Also that musical score.... just the right kind of touching!

(The above story first appeared on LatestLY on May 27, 2021 06:55 PM IST. For more news and updates on politics, world, sports, entertainment and lifestyle, log on to our website latestly.com).