Game of Thrones 8: Arya Stark-Gendry, Cersei Lannister-Euron Greyjoy – 5 Likely Romances We May Get to Watch in the Final Season 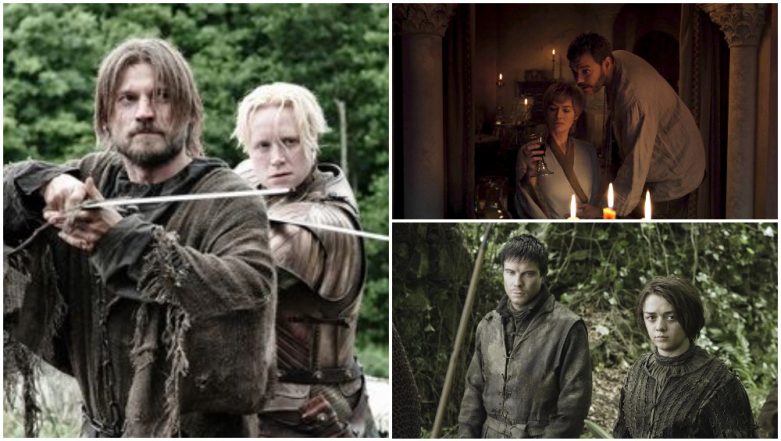 Game of Thrones 8: Arya Stark-Gendry, Cersei Lannister-Euron Greyjoy – 5 Likely Romances We May Get to Watch in the Final Season (Photo Credits: HBO)

The surviving human characters in the final season of Game of Thrones might be facing a long wintry night ahead of them. Sure, they are going to a battle with an ever-growing army of the undead, that they never may win. But that doesn't mean the people can't give in to their biological urges. Why, in the first episode of the eighth episode itself, we had Bronn getting to have a foursome till he got interrupted, while Euron finally managed to get into Cersei's bedchambers. Game of Thrones 8: Will Bran Stark AKA The Three-Eyed Raven Sit on the Iron Throne?

Game of Thrones may be known for its dragons and Dothraki, violence and nudity. But once in a while, it also ends up offering a surprising romantic pairing that, more or less, has a tragic ending for one or both the lovers. Currently, the fans are shipping for the 'it' couple Jon Snow and Daenerys Targaryen, though it is unlikely that they will end up having happily married in their FB statuses by the end of the show. Even though, we only have more episodes for the show to end, the first episode does give us a lot of fodder for us to root for new pairings too. Like the five below: 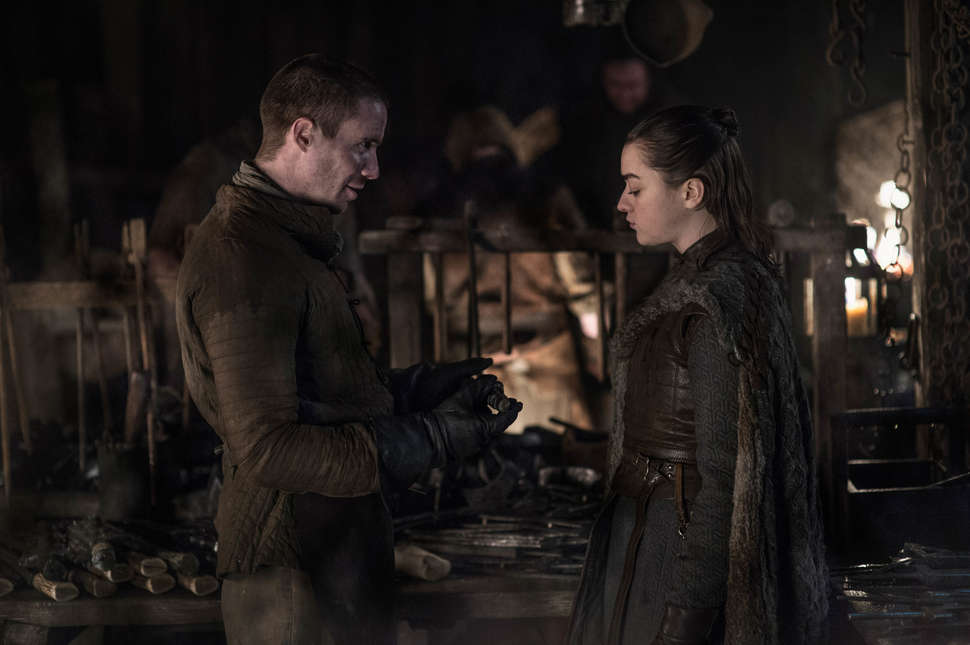 Arya Stark seemed to have a fascination for the weapon-forger Gendry since their friendship from the second season. While Gendry does humour her, we are not sure if he has feelings for Arya. With her recent stint as a faceless assassin, it is hard to picture Arya as a romantic. But her outrageously flirty behaviour towards Gendry in the first episode of the final season is making us think if Arya still has the capability to fall for someone. 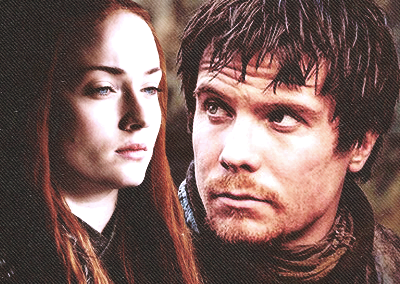 Okay, they might have not shared a frame till now. But Gendry is in Winterfell so anything could happen. While the show might be hinting at an Arya-Gendry romance, Arya has better things to do - like killing Cersei for example. As per a popular fan theory, it is very likely that Gendry and Sansa might find a common footing somewhere. Both have suffered from the atrocities of Joffery. Moreover, Sansa of the first season wanted to marry a Baratheon, and Gendry, well, is a half-Baratheon. That is, unless The Night King doesn't claim him first. 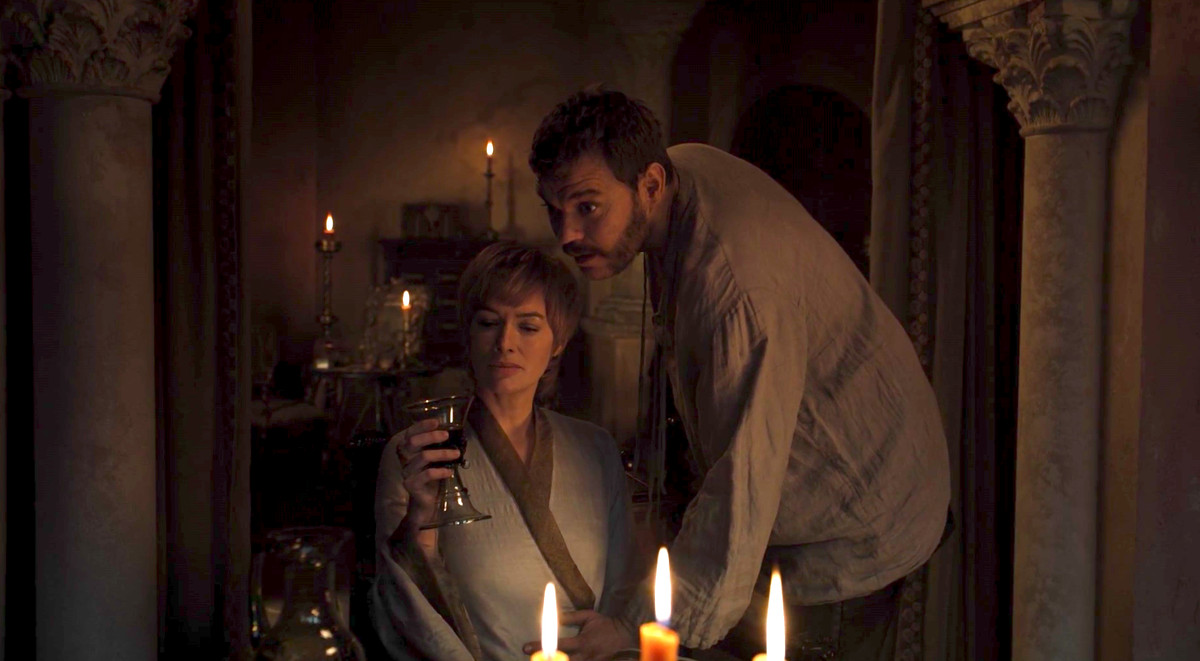 Sure, they have slept together and that Euron promised Cersei that he would 'put a prince in her belly'. But we never get to see they have feelings for each other, though there are hints of it. Despite her reluctance, you can clearly see in the first episode that Cersei has a fascination for Euron's almost SRK-like yearning to be close to her. Of course, this romance would lead to her doom, but how many innocent lives would be lost in the process. 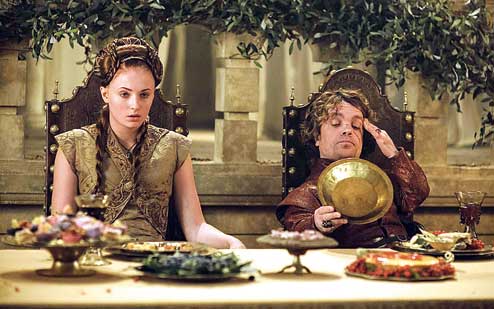 I am not exactly rooting for this to happen, thanks to the big age difference between the two. But Sansa and Tyrion were married to each other once upon a time, though both were coaxed into it and they never consummated the relationship. But will the show try working out things between the two? Knowing Game of Thrones, you never know! 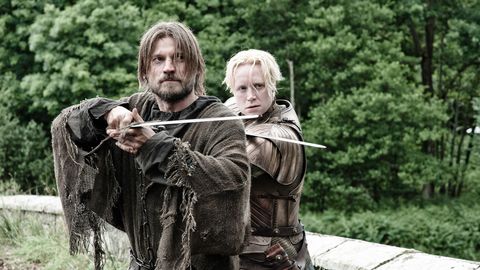 Jaime is in Winterfell. Brienne is in Winterfell. Jaime is, hopefully, over his twin, Cersei. Brienne, hopefully, still has feelings for Jaime. Will the impending war with the undead bring them together? That is, unless Daenerys and Sansa don't put him in the gallows for killing Dany's father and making Bran crippled.