Gulshan Grover is the next celebrity guest on the reality show, India's Best Dancer. In an episode, he will recall an anecdote when a Moroccan official denied him a visa for a day for the actor beat up Shah Rukh Khan. 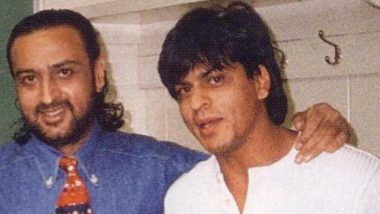 Gulshan Grover is the next celebrity guest on the reality show, India's Best Dancer. In an episode, he will recall an anecdote when a Moroccan official denied him a visa for a day for the actor beat up Shah Rukh Khan. The clip from the episode has gone viral on social media platforms. The bad man of Bollywood, a moniker he earned for playing the villain menacingly well in multiple movies, was talking about how much fans love Indian cinema and actors across the globe, including Morocco. Gulshan said that he had a layover flight in Morocco, which was a few hours later so he decided to explore the city. He asked the lady officer for a visa for a day, a request she turned down saying, "Because you beat Shah Rukh Khan! I don’t like you." Rajasthan Royals Welcomes Kolkata Knight Riders for IPL 2020 Match in Shah Rukh Khan Style (Watch Video).

"Shah Rukh Khan is my friend, my brother. I don’t beat him or he doesn’t beat me in real life. It is just in the movie," Gulshan had to explain to the officer. It is a hilarious anecdote that made the judges, audience and hosts laugh. BTW, Nora Fatehi will be seen as a substitute judge on this episode as well. She is filling in for Malaika Arora, who had to step back from her duties after contracting COVID-19. Suhana Khan Is Reminded of Her Dad Shah Rukh Khan's Fairness Cream Ads by Twitterati, After Her 'End Colourism' Post Goes Viral!

On the work front, Shah Rukh has not appeared on screen since 2018's Zero, which did not work well at the box office but was globally appreciated for its amazing VFX. The actor is rumoured to be headlining multiple projects including, YRF's Pathaan with John Abraham and Deepika Padukone and Atlee's next film.

However, SRK has been very busy as a producer. His film, Badla featuring Taapsee Pannu and Amitabh Bachchan, did very well at the box office. He has also produced Class of 83, Bard of Blood, Betaal under his banner.

Gulshan was last seen in Mahesh Bhatt's Sadak 2. He will now be seen in Sooryavanshi, Indian 2, Mumbai Saga.

(The above story first appeared on LatestLY on Sep 30, 2020 04:46 PM IST. For more news and updates on politics, world, sports, entertainment and lifestyle, log on to our website latestly.com).