Hawkeye: From Kingpin’s Connection to Rogers the Musical, 7 Details You Missed From the Trailer of Jeremy Renner’s Marvel Disney+ Series

Marvel has been killing it recently with their Disney+ shows and the brakes don’t seem to be stopping any time soon. With Hawkeye it looks like Marvel has another great show on their hands. Mixing Christmas vibes with the classic Marvel formula, 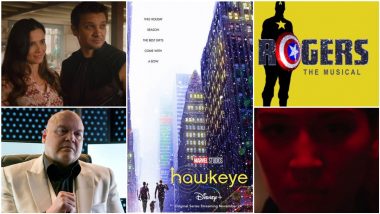 Hawkeye: From Kingpin to Rogers the Musical, Here’s All You Missed from the Trailer (Photo Credit: Twitter)

Marvel has been killing it recently with their Disney+ shows and the brakes don’t seem to be stopping any time soon. With Hawkeye it looks like Marvel has another great show on their hands. Mixing Christmas vibes with the classic Marvel formula, Hawkeye follows Clint Barton fighting alongside Kate Bishop as his past comes back to haunt him. The series stars Jeremy Renner and Hailee Steinfeld in the lead. Hawkeye Trailer Song It’s The Most Wonderful Time: From Artiste to Lyrics, Know All About Christmas Track Played in First Promo of Jeremy Renner’s Marvel Series!

The trailer for Hawkeye had all the great bow and arrow action that you have come to expect from this character. It even gave us a glimpse behind the dynamic of Kate Bishop and Clint Barton. It looks like the MCU has another great power duo on their hands. The trailer, while not heavy on the plot, still gave us a glimpse for what we can expect.

So let’s take a look at seven things you missed from the latest trailer for Hawkeye.

Clint’s Wife is Missing in the Trailer 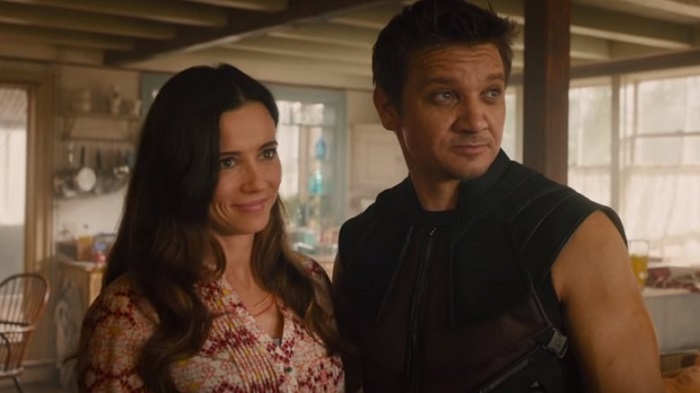 Linda Cardellini and Jeremy Renner in Avengers: Age of Ultron

A big focus of the show looks like it’s going to be Clint trying to reconnect with his family, but Mrs Barton was clearly missing here. Is there trouble in paradise, as Clint is only seen in the trailer with three of his kids? Maybe he took a vacay with only his children, and the wife stayed home. Clint calls someone “Babe” on the phone in the trailer, so it looks like she might appear in the show after all.  Hawkeye Trailer: Hailee Steinfeld, Jeremy Renner Team Up to Hit the Bullseye in This Christmas-Themed Marvel Series (Watch Video).

The trailer also gives us a brief hint towards the stage play, Rogers: The Musical. Suggesting by the name, it looks like it will be a play centered around Steve Rogers that is inspired by Lin-Manuel Miranda's famous musical Hamilton. Although the fanboy in me really wants it to be a modern recreation of The Star Spangled Banner from Captain America: The First Avenger.

Hawkeye has a Hearing Aid 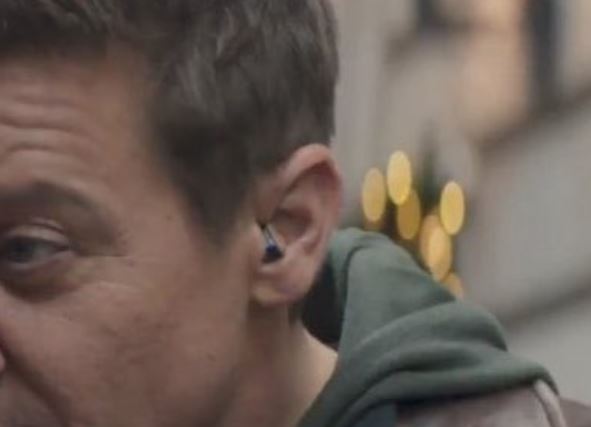 It looks like the show will dig deep into the mythos of Hawkeye too. In the comics Clint is deaf from one ear, so it looks like it might be the case over here too. We still don’t know what might have caused that, but there has to be a logical explanation behind it.

The notorious gang of the Tracksuit Draculas will be making their debut here too. They are a notorious gang that are ever present in the Matt Fraction run of the Hawkeye comics. They have bigger ties to some really big villains in the Marvel universe too, especially Wilson Fisk.

In a blink and you will miss it scene, you can see Echo appear too, played by Alaqua Cox. This will be the live action debut of the character who has deep ties to Daredevil and Wilson Fisk in the comics. Echo is a master martial artist and possesses a great arsenal of abilities. 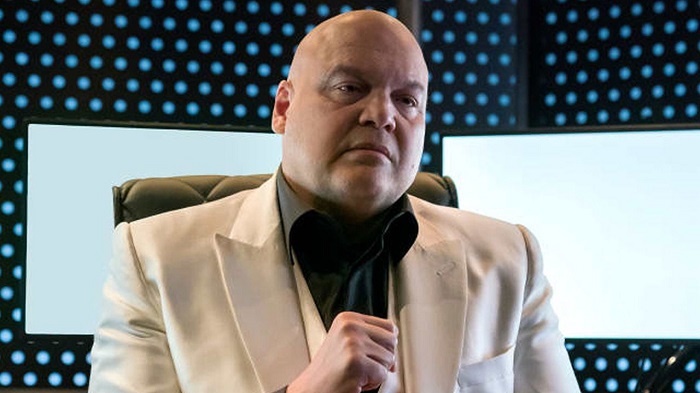 Both Tracksuit Draculas and Echo have major connections to Wilson Fisk aka Kingpin, one of Marvel's most charismatic and feared villains, in the comics. There have been countless rumours going around that we might see the return of Vincent D’Onofrio in the role, and with him liking tweets on Twitter about his appearance in the show, it has us more excited.

Talking about some of the best Marvel runs of the last few years, Matt Fraction’s Hawkeye is an essential read for the character. So we can’t wait to see this iconic storyline adapted into the Marvel Cinematic Universe.

Hawkeye starring Jeremy Renner and Hailee Steinfeld is set to premiere on November 24, 2021 on Disney+ Hotstar.

(The above story first appeared on LatestLY on Sep 14, 2021 05:17 PM IST. For more news and updates on politics, world, sports, entertainment and lifestyle, log on to our website latestly.com).