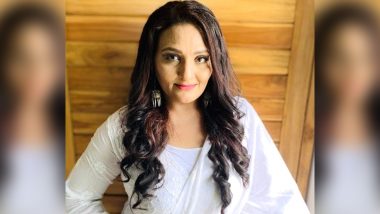 Actress Urvashi Upadhyay, who made her acting debut with the TV show, Hamari Devrani, in 2008, feels that social media has hugely influenced the small screen industry. "I remember when I started in 2008, there was no Instagram. In fact, Facebook was also very new. It was quite a hassle back then to upload something on Facebook, too. So, the audience used to get to know about actors through TV shows and chat shows. Now everything is out there. People can watch anything and know anything, with just one click. So, social media has changed the TV space, too," said Urvashi. Ishq Subhan Allah Lead Actor Adnan Khan Tests Negative For COVID-19; Assures Everyone He Is Fine

She added that now they work in shifts, but earlier there was no fixed time for pack-up. "We used to have a call time back then, but there was no fixed time for pack-up because we used to run on a tight schedule. Today, schedules are made according to shifts. Targets are set as per schedules to make it easier for the actors," she recalled. Urvashi also said content generation has also been impacted. "Back then, the stories were weaved so beautifully that every character was equally important and there was a fun element to every character of a show. Ishq Subhan Allah Actor Adnan Khan Says Happy People Understand the Importance of Lockdown Amid Ramzan

People used to come to watch a character. But now, because of social media everything is out there. News passes on within seconds," she pointed out. She is currently seen in the TV show "Ishq Subhan Allah". She plays the role of Begum Noorjahan, a music healer who heals the protagonist Zara, played by Eisha Singh, with her music. "My character finds Zara half dead and helps her recover. Whatever negativity or hatred Zara had in her heart, Noorjahan heals it through her music. Zara treats Noorjahan like her mother and Noorjahan treats her like a daughter. It's a beautiful relationship," said Urvashi.

(The above story first appeared on LatestLY on Aug 14, 2020 12:52 PM IST. For more news and updates on politics, world, sports, entertainment and lifestyle, log on to our website latestly.com).