Karan Patel On Playing Rishab Bajaj in Kasautii Zindagii Kay 2: I Intend to Make This Character as Iconic and Loved as Mr (Raman) Bhalla

Actor Karan Patel, after much back and forth, has been chosen over names like Gaurav Chopra and Sharad Kelkar to replace Karan Singh Grover as Rishab Bajaj in Kasautii Zindagii Kay 2. 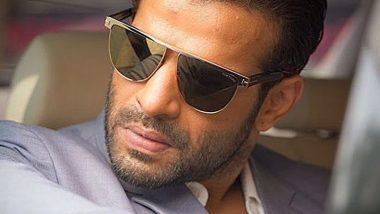 However, Karan Patel has no such qualms and is determined to add his own touch to how he will portray Mr Bajaj. In a conversation with BT, Karan was quoted as saying, "Mr Bajaj is an iconic character and it has lived on in people’s minds for years. So, it’s a matter of honour to take it ahead from where Ronit Roy and Karan Singh Grover left and add my nuances to it. I intend to make this character as iconic and loved as Mr Bhalla (his character in ‘Yeh Hai Mohabbatein’) had become over a period of six years." Naagin 5: Karan Patel to Join Mouni Roy and Surbhi Jyoti For A Cameo in Ekta Kapoor's Show?.

When quizzed about comparisons, which always happen with replacements on TV shows, the actor, who was last seen as Raman Bhalla in Yeh Hai Mohabbatein, revealed, "I don’t fear comparisons, as that’s bound to happen. I have my own approach and understanding when I take up a character. Fear creeps in when you expect failures. In my case, I have always followed my instinct and my focus is on how well I can perform my part. As an artiste, I don’t really prep for a role. I am spontaneous and that’s my forte. I will do the same with my new character," concludes Karan.

(The above story first appeared on LatestLY on Jun 25, 2020 02:14 PM IST. For more news and updates on politics, world, sports, entertainment and lifestyle, log on to our website latestly.com).