Family Man season 2 is all set to hit Amazon Prime Video next year. Manoj Bajpayee confirmed the same with a picture on Twitter that shows a time bomb. 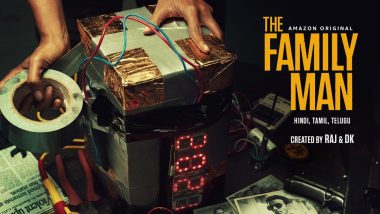 The wait is finally over as The Family Man will soon return with its second season on Amazon Prime Video. A spy thriller dipped in situational humour made such an amazing watch in the first season that it became one of the most-watched web shows of this year. In fact, it has found a place on many people's favourite shows of 2020 lists. The series had also prompted people to ask for a second season much like Mirzapur and finally, the fantastic director-duo Raj and DK, has honoured their request. Although it is not known when the show will hit the streamer, the fact that there will be a second season will be enough to peak people's interest further. Flyx Filmfare OTT Awards 2020: Paatal Lok and The Family Man Win Big; Sushmita Sen Takes the Black Lady Home for Aarya – Here’s the Complete List of Winners!

From the picture shared by Manoj Bajpayee, it seems there's a ticking time bomb that will need a lot of defusing in the new season. So it's a promise that season 2 will be explosive.

Bajpayee says it's a new year gift, so we are wondering if The Family Man 2 will be a January 1 show. Samantha Akkineni joins the second season which was wrapped up in March 2020.

(The above story first appeared on LatestLY on Dec 29, 2020 02:12 PM IST. For more news and updates on politics, world, sports, entertainment and lifestyle, log on to our website latestly.com).