Mentalhood Trailer: Karisma Kapoor, Dino Morea, Sandhya Mridul Show How Being A Mother Is The Toughest Job Ever (Watch Video) 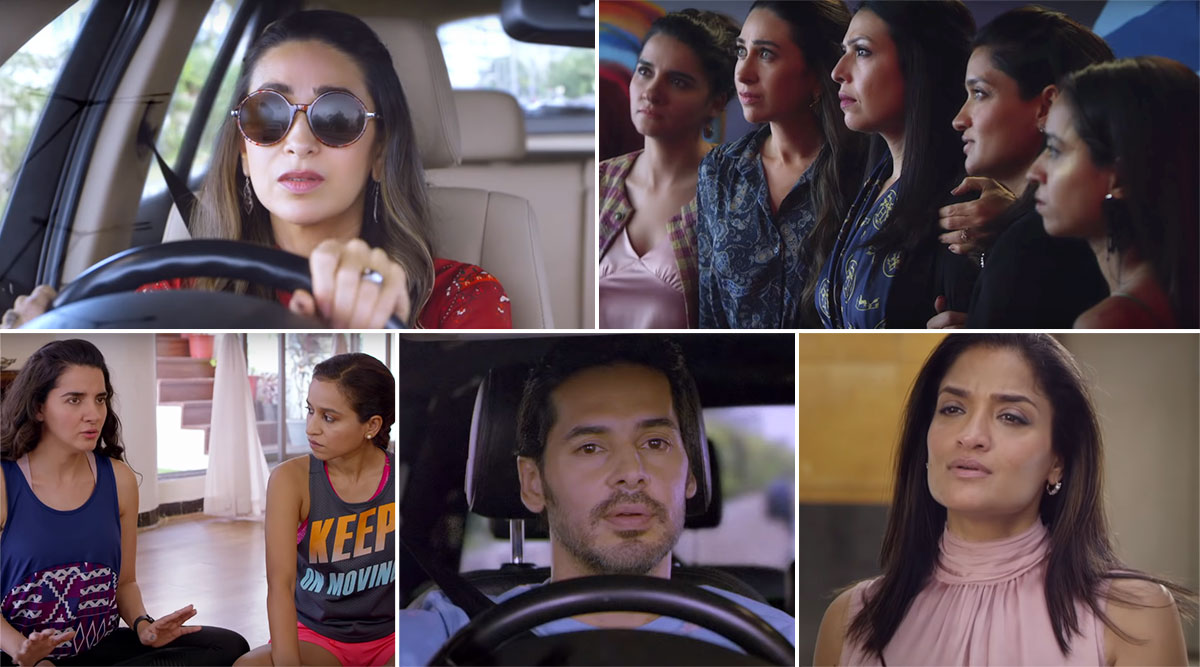 The first trailer of the long-hyped web-series Mentalhood has dropped on the internet. The cast is led by Karisma Kapoor, venturing into the digital space. She and other key characters tell the story of how motherhood is no less than 'mentalhood'. We have actors like Dino Morea, Shruti Seth, Sandhya Mridul, Shilpa Shukla, Tillotama Shome. You might find Dino's name in the leads about a drama about mothers a bit odd. But he plays a stay-at-home dad who is a part of this mothers' crew. In fact, his character might have the strongest arc in the series. It is hinted that his daughter gets molested on the school campus. A storyline that seems inspired by true events. Karisma Kapoor’s Kids Samaira and Kiaan Are Excited to See Their Mother in ALTBalaji’s Mentalhood.

Karisma plays a woman from Kanpur, who agreed to move to Mumbai with her three kids and husband (Sanjay Suri), if only the kids would go to the same school as a certain superstar's kids do. She also makes a joke about her kids being Taimur. The trailer definitely earns a point for that meta humour.

Watch The Trailer of Mentalhood Here:

The trailer of Mentalhood looks interesting for the most part. The star cast is amazing. The production design and camera work are cosmopolitan. The dialogues are good. But...but the dubbing throughout the trailer seemed a bit off.

Mentalhood will start streaming on AltBalaji and Zee 5 from March 11. Of course, the most hype will be weaved around Karisma Kapoor returning to the screen after a long sabbatical. Lolo fans, rejoice. We are in for a fun ride.